In a speech at the White House Correspondents’ Dinner on Saturday night, historian Ron Chernow called for civility between the chief executive and the press using examples of past Presidents.

Chernow, who has written biographies of several figures, including President Ulysses Grant, Alexander Hamilton and George Washington (for which he won a Pulitzer Prize) used his keynote speech to take the assembled media through what he called “a museum of presidential decorum.” He discussed a few of the ways that past Presidents had handled (or mishandled) their relations with reporters. He also included a few barbs at President Trump, who notably has called the media “the enemy of the people”

The President himself declined to attend the dinner for the third year in a row, and held a campaign rally in Green Bay, Wis., instead.

In his remarks, Chernow stressed that while Presidents often take issue with the way they are covered by the media, that contention should not be an excuse to do away with civility, or to attack the profession of journalism itself.

“I would like to keep alive tonight the fading memory of more civilized dealings between chief executives and the news media,” Chernow said, “We must recall that civility has been an essential lubricant in our democratic culture, and that our best Presidents have handled the press with wit, grace, charm, candor and even humor.”

Chernow went on to describe how Republican President Ronald Reagan viewed the press, quoting Reagan as saying, “I think that most of the time the overwhelming majority of reporters do a fine job. And as a former reporter, I know just how tough their job can be.”

Chernow also described Reagan’s history with the Washington Correspondents’ dinner itself. After being shot outside the Washington Hilton, Reagan, who had been scheduled to speak at the event, instead phoned in with a memorable line for the assembled journalists. “If I could give you just one little bit of advice, when someone tells you to get into a car quick, do it,” Chernow said, quoting Reagan.

Chernow also spoke about Presidents with less cordial relations with the media, notably President Richard Nixon, who, according to Chernow, said of the New York Times and the Washington Post, “I’m going to kick their asses around the block.”

One of Chernow’s final anecdotes was of President Grant and his unyielding commitment to honesty. “I never lie for myself and do not want anyone to lie for me,” Chernow quoted Grant. He followed with his own take. “That’s a powerful example that all Presidents should emulate.” 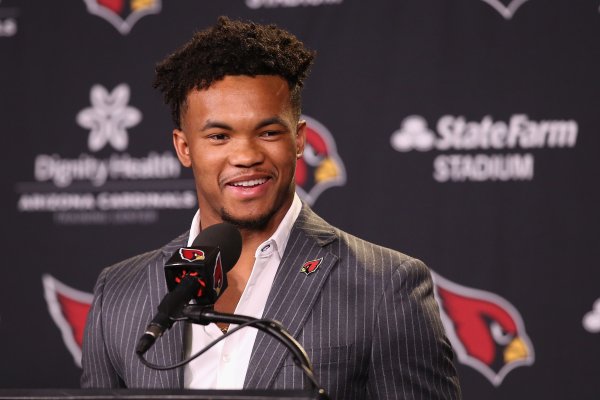 Trump Congratulates #2 NFL Draft Pick, Not #1
Next Up: Editor's Pick