Japan Has Big Plans for a U.S. Summit. But Trump Just Wants to Talk Cars and Military Costs

But as the two meet again at the White House and at Trump’s golf course outside Washington, the chances of reaching even a modest agreement to ease trade tensions between the two allies rest almost entirely with Trump, according to three U.S. officials involved in preparing for the summit.

The Japanese favor a limited agreement that would open their market to more American exports — particularly beef and other agricultural products — if the Trump Administration drops its threat to impose by May a 25% tariff on the 1.7 million cars and auto parts such as engines and transmissions that Japan exports to America each year.

Those tariffs would boost the cost of compact cars sold in America such as the Honda Civic, Toyota Corolla and Mazda3 by $1,500 to $2,000, the Peterson Institute for International Economics has estimated.

When Trump was briefed on the many issues the two nations are facing, which in addition to defense and trade include North Korea, Russia, China and climate change, the president immediately tossed them all aside and said his agenda is confined to two items: Increasing Japan’s contribution to the cost of maintaining U.S. forces in Japan and eliminating what he considers Japan’s unfair advantage in the auto trade, the three officials say.

Trump seems indifferent to Japan’s strategic significance as host to some 50,000 American soldiers, sailors, airmen and Marines, nine major bases and dozens of support facilities, in addition to important intelligence installations, all three U.S. officials say, speaking on the condition of anonymity.

Instead, he views both Japan’s strategic importance and its economy, the third-largest in the world, almost entirely through a transactional lens that is focused on the balance of trade and on both countries’ monetary contributions to the 1960 Treaty of Mutual Cooperation and Security between the two nations, they said.

The political stakes for Abe are significant. Stopping in Washington en route from Europe to Canada, he is facing elections this summer, possibly for both houses of the Diet, Japan’s parliament, and is eager to demonstrate his stature on the word stage in hopes of winning the vote that will bolster his two-party coalition. The last thing he needs is a contentious summit.

Japanese officials say they have tried to assemble a broader picture of their country’s contributions to international security that includes the overall cost of Japan’s support for U.S. objectives, not just the direct costs in the self-defense budget, but also Japanese contributions to United Nations peacekeeping operations in Africa, Freedom of Navigation exercise in the Western Pacific and international development in Africa and elsewhere as a pro-democracy counterweight to China’s geopolitical ambitions such as its Belt-and-Road Initiative.

It is not clear, however, if any of that will arise during the brief meeting between the two leaders or whether Trump will remain focused on cars and burden-sharing.

William Hagerty, the American ambassador to Japan, painted an optimistic picture in a conference on Thursday at the Hudson Institute, a conservative Washington think-tank, saying: “The relationship between the United States and Japan has never been stronger. We’re at the precipice of new challenges. The alliance is critical.”

A senior Administration official hinted at a possible limited deal on Thursday, telling reporters that lower-level officials would be meeting today on a range of topics, including trade and a denuclearization agreement with North Korea.

Japan’s experience with Trump, despite the fact that Abe has met or talked to Trump more than 40 times since the president was elected, is not encouraging.

The original version of this story misstated the designation of Mazda’s current compact model. It is the Mazda3, not the 323, an earlier model. 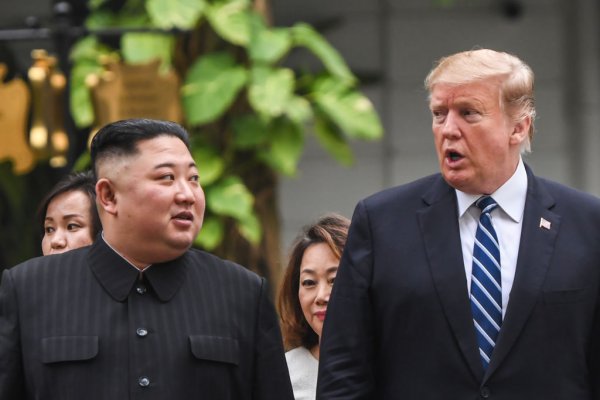 Trump's Go-It-Alone Strategy on North Korea Led to a Fight
Next Up: Editor's Pick