The Absher app is seen on a phone in Jiddah, Saudi Arabia on March 7, 2019.
Amr Nabil—AP
By Amy Gunia

Two Saudi sisters who fled their country called Wednesday for U.S. tech giants to remove an app which allows men in the Gulf state to monitor their female relatives.

The sisters say Apple and Google should pull the app, called Absher, because it supports the country’s harsh male guardianship system, Reuters reports.

Maha and Wafa al-Subaei are seeking asylum in the country of Georgia after fleeing what they described as an oppressive society in Saudi Arabia.

The sisters said the app is helping to trap Saudi girls in abusive families.

“It gives men control over women,” Wafa said of the controversial app. “They have to remove it.”

Read More: ‘Take My Golden Cage and Give Me the Sky.’ Saudi Sisters Gain Freedom With Emergency Visas

Absher is a free, government-developed mobile app. Saudis can use it to perform a variety of administrative tasks, like registering vehicles and booking government appointments. But the e-service also allows Saudi men to approve or deny female relatives’ travel plans and to get text messages when the women’s passports are used.

Under the kingdom’s draconian male guardianship system, adult women are required to obtain permission from a male family member, usually a father, brother or son, for activities like traveling abroad, applying for a passport, working or marrying.

The sisters said they stole their father’s phone to grant themselves approval to escape, according to Reuters.

Wafa said that action by Apple and Google could help prompt change in Saudi Arabia, especially if the tech companies modified the app to allow women to independently plan their own travel.

U.S. lawmakers have also called for the removal of the app. “The ingenuity of American technology companies should not be perverted to violate the human rights of Saudi women,” Representative Jackie Speier wrote in a letter to Apple and Google, according to the Associated Press.

Apple CEO Tim Cook said in February that although he was unfamiliar with the app, he would “take a look,” according to Reuters.

Last month, Google reportedly decided to continue hosting Absher in its store after a review concluded that the controversial app did not violate any terms of service. 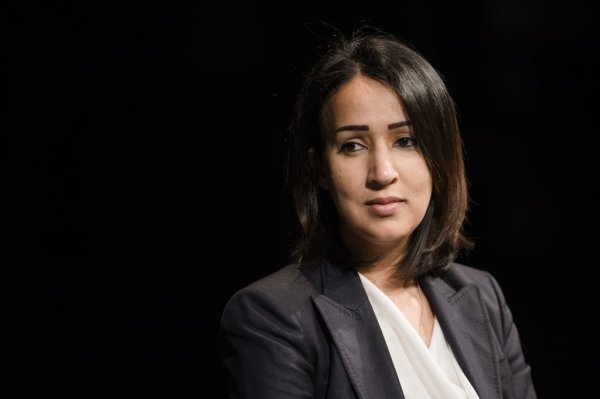 After Lifting the Driving Ban, Saudi Arabia's War on Women Is Only Getting Worse
Next Up: Editor's Pick