After Damian Lillard sank a thrilling, nearly 40-foot buzzer-beater to clinch the Portland Trail Blazers’ round one victory over the Oklahoma City Thunder in the playoffs on Tuesday night, he commemorated the win by leveling a stone cold stare at the TV cameras.

Lillard’s composed assurance after making the game-winning three point shot that effectively sent home the Thunder, 118-115, was a contrast to both his teammates and fans, who immediately started a raucous celebration.

As might be expected, the Internet loved Dame’s cool reaction to the win almost as much as they loved the Trail Blazer’s immensely satisfying win over Oklahoma City and immediately took to social media, giving Lillard the meme treatment.

While Lillard and the Trail Blazers will have to wait until a winner emerges from the San Antonio Spurs and Denver Nuggets series to see who they’ll be facing in the second round of the NBA playoffs, that gives you plenty of time to catch up on the best memes of Lillard’s stone cold victory stare, below. 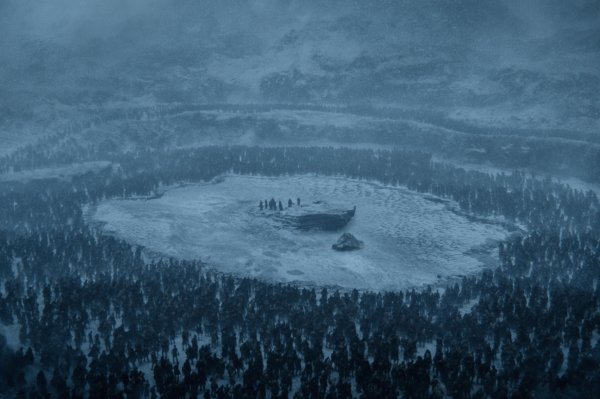 Kids Recreating the Game of Thrones Opening Credits With Arts and Crafts Confirms the Young People Will Save Us
Next Up: Editor's Pick