Dwayne 'The Rock' Johnson Toasts His Fans, the 'Ones in the Seats,' at the TIME 100 Gala

As one of six honorees selected to grace the covers of this year’s TIME 100 issue, Dwayne “The Rock” Johnson showed up in style for the 2019 TIME 100 gala in New York City.

Following the dinner portion of Tuesday night’s celebration, Johnson gave a toast celebrating the “ones in the seats,” a.k.a. the fans who make his success possible.

“I want to toast to the ones in the seats. And those are the ones who I felt like I’ve lived their life for many, many years, I’ve been in their shoes,” he said. “And now I get to be the guy, so blessed and so lucky…that people all around the world will now go sit in the seats and watch me.”

Johnson has had an extraordinary career, evolving from WWE champion to A-list action star in less than a decade. And he’s showing no signs of slowing down. In 2019, you can catch the Rock in the Fast and the Furious spinoff Hobbs and Shaw as well as the highly anticipated Jumanji: Welcome to the Jungle sequel.

Read the full transcript of the Johnson’s toast below. 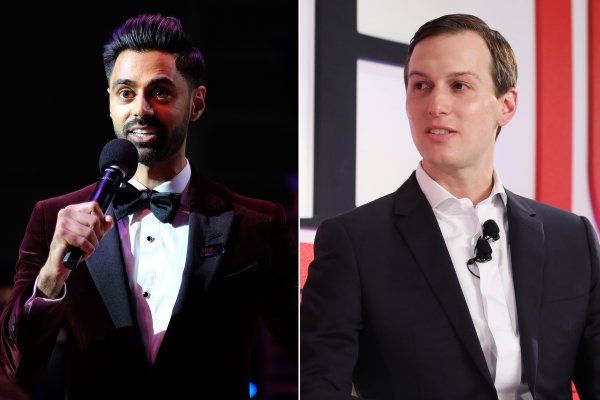 Hasan Minhaj Calls Out Jared Kushner at TIME 100 Gala
Next Up: Editor's Pick