George Zimmerman, the acquitted shooter in the death of Trayvon Martin, faced a Seminole circuit judge during a first-appearance hearing on charges including aggravated assault stemming from a fight with his girlfriend Nov. 19, 2013 in Sanford, Florida.
Pool—Getty Images
By Tara Law

George Zimmerman, the man who shot and killed Trayvon Martin, is looking to date, but Tinder and Bumble don’t want to help.

Tinder confirmed to TIME that Zimmerman’s profile has been deleted in a statement.

“At Tinder, we take our users’ safety very seriously and our team has removed this profile from our platform,” a spokesperson said. The company added that invests significant resources to “prevent, monitor and remove bad actors who have violated our Community Guidelines and Terms of Use from our app.”

According to screen grabs obtained by the site Tampa Bay Creative Loafing, Zimmerman concealed his identity to appeal to women on Tinder. He used the alias “Carter” and described himself as a self-employed consultant and graduate of Liberty University.

A Bumble spokesperson also confirmed to the Orlando Sentinel that the company has twice banned Zimmerman from its app.

“George Zimmerman was blocked and banned in December 2018 when we first discovered his profile and we have blocked and banned him again after we were informed by our users that he had created a new unverified profile,” the spokesperson said, according to the Sentinel.

Although Zimmerman gained notoriety for killing the unarmed 17-year-old in 2012, he also allegedly has a history of mistreating his romantic partners. He has been accused of assault multiple times – including threatening his ex-wife with a gun and throwing a bottle at an ex-girlfriend. 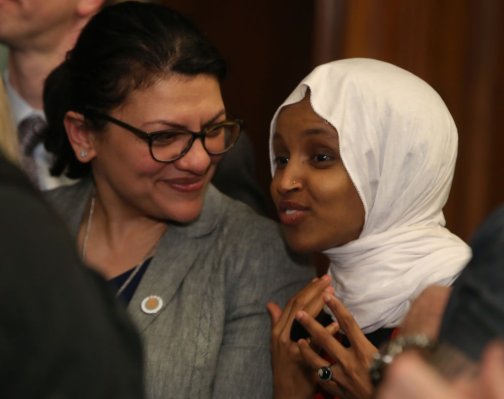 Florida Man Arrested for Threatening Lives of Democrats
Next Up: Editor's Pick