A Florida man was arrested Friday after he allegedly threatened to kill Democratic members of Congress.

John Kless, 49, of Tamarac, Fla., sent racist and anti-Muslim voicemails to members of Congress, according to the U.S. Attorney’s Office for the Southern District of Florida. He faces up to five years in prison for threatening someone through interstate communication.

On April 16, Kless allegedly called the offices of California Rep. Eric Swalwell, Detroit Rep. Rashida Tlaib, and New Jersey Sen. Cory Booker, who is running to win the Democratic nomination for president in 2020.

In each of the three voicemail messages, he singled out Minnesota Rep. Ilhan Omar, calling her a “towel head,” according to the Miami New Times. In his call to Tlaib, he threatened to “throw [Omar] right off the Empire State Building.”

Kless left Booker a ranting voicemail, calling him a “n-gger” and warning that “You’ll be on your death bed, motherf-cker, along with all the rest of you Democrats.”

In his call to Swalwell, he threatened the congressman’s stance on gun control. “The day you come after our guns, motherf-cker, is the day you’ll be dead,” Kless said.

Swalwell thanked the U.S. Capitol Police for catching Kless in a tweet.

“Thank you to the @CapitolPolice and Florida law enforcement for protecting my staff and constituents,” he wrote.

Kless’s arrest comes as some say that President Donald Trump and other Republicans are encouraging violence against his critics, especially Rep. Omar. Last week, the President tweeted a video that juxtaposed an edited video of Omar with footage of the Sept. 11 attacks.

“The President is inciting violence against a sitting congresswoman—and an entire group of Americans based on their religion,” Warren wrote. “It’s disgusting. It’s shameful. And any elected leader who refuses to condemn it shares responsibility for it.”

Kless allegedly appeared to refer to the video in his voicemail to Tlaib, who is a Muslim, according to the Associated Press.

“Tell your Taliban friend to shut the f-ck up about 9/11,” Kless allegedly said. “This ain’t Trump’s fault, b-tch, it’s all your people’s fault.” 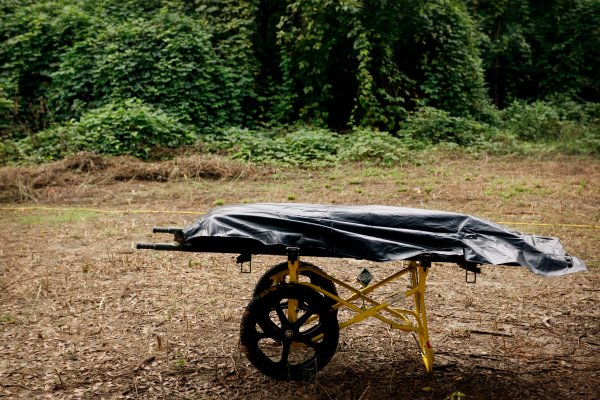