'It's Always About Mom.' Nancy Pelosi Praises Her Mother at the TIME 100 Gala

As House Speaker Nancy Pelosi ascended the red carpet Tuesday evening at the TIME 100 she made sure to pay homage to the woman who has had the greatest influence on her life: her mother.

“It’s always about mom,” she told TIME. “About the love, confidence-instilling, the importance of studying, of learning the arts, the subject matters in schools.”

Pelosi, who grew up as one of seven siblings and the only girl, is now a mother of five and a grandmother of nine. She did not run for office until her mid-forties, after raising her children. She said she credits her mother with imbuing her with enough energy to raise children, and to always do so in a loving fashion.

But the energy her mother helped give to her applies to her current role, both in shepherding a diverse caucus into a unified voice and her myriad of duties as the leading Democrat in the lower chamber. Pelosi’s second tenure as the top elected Democrat in Washington began with a government shutdown, and has encompassed everything from intra-party feuds to fights to the contentious release of the Mueller report.

Pelosi was honored by TIME as part of this year’s list of the 100 most influential people of 2019 for her leadership in the House of Representatives and the Democratic party. Former Secretary of State and presidential Hillary Clinton penned her tribute. She attended the gala with her husband, Paul Pelosi.

Earlier in the day at the TIME 100 Summit, she said that impeaching Trump would be “one of the most divisive paths we could go down in our country, but if the path of fact-finding takes us there, we have no choice.” 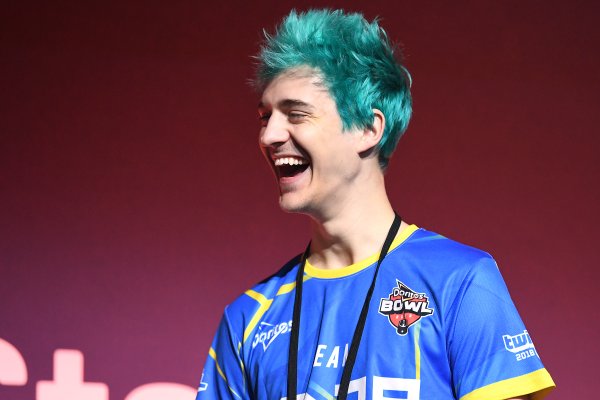 Ninja Says There's 'Always Going to Be Trash Talk' Online, But It's Up to Parents to Help Police It
Next Up: Editor's Pick