House Speaker Nancy Pelosi maintained that impeaching President Donald Trump would be incredibly divisive for the country while speaking at the first annual TIME 100 Summit on Tuesday in New York City. But she also said it wasn’t off the table.

“The Russians had a systemic overall assault on our electoral system and what we also did see is that the President of the United States engaged in behavior that was unethical, unscrupulous and beneath the dignity of the office that he holds,” she said. “What’s surprising about it is that the Republicans seem to have an unlimited appetite for that kind of behavior. Instead of being ashamed of what that report said, they gave their blessing once again to the President.”

“[Impeachment is] one of the most divisive paths we could go down in our country, but if the path of fact-finding takes us there, we have no choice,” the California Democrat and 2019 TIME 100 honoree added a bit later. “We’re not there yet.”

On the question of whether Trump’s actions were criminal, Pelosi responded that it “remains to be seen” after Congress can see the rest of the report, sans redactions. She also reiterated previous statements that she and fellow Democrats were not interested in seeing less-redacted versions in secure rooms a few legislators at a time.

“This is about being totally free from passion, from prejudice, from politics,” she said. “It’s about the presentation of the facts. And when we have the facts, we’ll have a better idea of how we go forward.”

She also expressed disappointment in how the Trump administration has acted in the days since the report was released.

“We now see the administration engage in stonewalling of the facts,” she said in reference to the Trump administration suing the Democratic chairman of the House Oversight Committee in efforts to block a subpoena sent last week seeking information about Trump’s finances.

The Mueller report was not the only thing Pelosi talked about, however. She also discussed the issues Democrats are prioritizing in this congressional session.

“We really have to do the people’s business because their kitchen table concerns are our concerns,” she said.

Those goals would certainly be easier to accomplish if Democrats win the White House in 2020, but Pelosi said she hasn’t picked a favorite contender just yet.

“Whether it’s 20, 21, 22, the number [of Democratic candidates] is growing — any one of them would be a better President than the present occupant,” she said. “I think they’re all wonderful, but it’s up to the public to decide.” 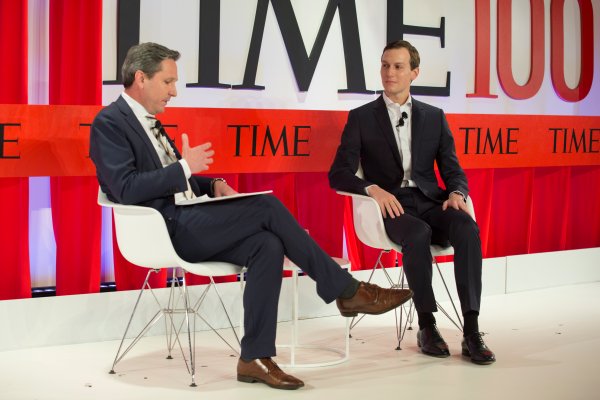