Former Sen. Bob Corker: A Republican Challenger to Trump in 2020 Would Be Good for America

Former Sen. Bob Corker said it would be good for the country if President Donald Trump faced a strong Republican challenger in the 2020 presidential primaries.

“Philosophically, you could look at it and say that it would be a good thing for our country should that occur,” he said in an interview during the TIME 100 Summit in New York City on Tuesday afternoon. “If you had a real primary, where you had someone that was really being listened to, and of substance, things that we were talking about — and I could go through a list of them — they would actually be debated in a real way.”

If Trump faced a weaker opponent, Corker said, “nobody is going to listen to the debate if that’s the case,” which would be less beneficial in terms of achieving policy solutions in the long run.

The two-term Republican from Tennessee, often a target of Trump when he was in the Senate, also said that the President was not doing a good job uniting the country. “Typically, to unite people, you have to wish to do so, and I think that currently, the President has not found that to his benefit or to his liking,” Corker said. “Therefore, he purposely seeks to divide.”

Corker was also disappointed in Trump’s approach to governing, which he feels has not focused enough on things like responsible budgeting in favor of hot-button issues like immigration.

“This President has an unusually visceral contact with the Republican base as it’s made up today, and the same thing could very well the happen on the Democratic side if [a Democrat] is elected,” he said. “That’s in some ways where the electorate is today, where it has become very tribal in nature.”

Corker, the former chairman of the Senate Foreign Relations Committee, said he always intended to leave the Senate after two terms, which he did. But he made no promises that he wouldn’t run for office again, including against Trump for the Republican nomination.

“As we speak, at 1:16 Eastern Time, I have no thoughts about future public service,” he said. “I’m trying to figure out what that next passion in life is. … As far as what is next, I truly don’t know. I’m trying to discern that.” 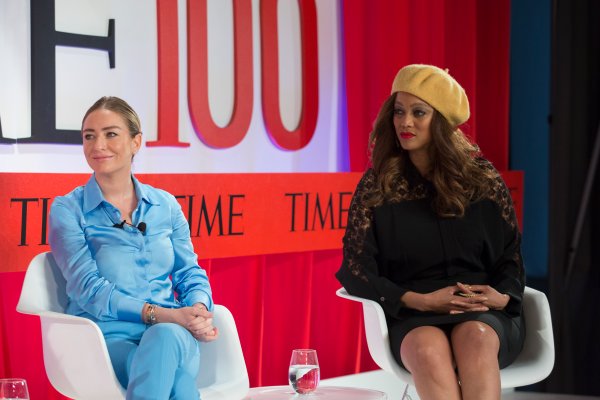 Tyra Banks On Why It's Important for Her to Hire Women of Color as an Entrepreneur
Next Up: Editor's Pick