'I'm Sure People Have All Kinds of Labels on Me.' Melinda Gates Reveals Why She Decided to Be Vulnerable in Her New Book

In her book, The Moment of Lift: How Empowering Women Changes the World, philanthropist Melinda Gates, 54, examines the practices, assumptions and inequalities that hold women back around the globe and in her own home — and the best ways she has found to overcome them. Gates spoke to TIME about her approach to philanthropy, how she thinks about her personal wealth and the page in her book that was the hardest to write.

Gates: Yes, society today in some ways underestimates women. In other ways, we’re so worried about women’s power that we create these situations to hold women down. That should not be.

Do you worry that it’s difficult for women to relate to you on the subject of women and inequality because you have so much wealth and power?

One of the things that I try to do in the book is to break down the differences between myself and other women. Part of the reason I share some of the most difficult moments I’ve had in life, including the abuse [by a former boyfriend], is to help people understand that we are all more similar than we are different. My dream with this book is that people will start to see me totally for who I am and not as whatever label they might put on me — a wealthy woman who is out of touch, or I don’t know what. I’m sure people have all kinds of labels on me.

What was the hardest of your vulnerabilities to share?

The abuse I experienced when I was younger in life. I only started telling family and friends about that a few years ago. I didn’t realize how it would be even yet another level of difficulty to actually write it down on the page and to word it in a way that I thought was my truth, and then to speak that in the world. Those are very difficult steps, and that was the hardest page for me to write in the book. I wrote it and wrote it and wrote it, and rewrote it until I got it right.

Do you think the man in question will recognize himself?

You’re a female tech pioneer and yet until 10 years ago you didn’t really consider yourself a feminist. Why the reluctance?

I hadn’t really wrestled with what the word feminism means. When I was first asked that question, it was actually by a nun. She was asking me to come speak at a school and she said, “Well, do you consider yourself a feminist? Because I think people would be interested in that.” And I stumbled over it. Over time the word feminism has had a lot of negative associations and connotations attached to it by people who were against the movement. It took me time to wrestle with that word and to figure out what it means to me. And now, as you see in the book, I would say I’m an ardent feminist, because to me feminism means that a woman has her full voice and her full decision-making authority in any setting in life: home, community, workplace.

You write that “contraceptives are the greatest life-saving poverty-ending women-empowered innovation ever created.” Isn’t that a bit of a bold statement?

We know that from good data. In the 1970s, the largest global health piece of research that had been done was about the Bangladeshi government allowing certain villages to have contraceptives. This longitudinal study proved that in the villages where the women were counseled, had access to contraceptives and chose for themselves which type they wanted, those families over time were healthier, the kids were better educated and the families were wealthier than in the villages that had not had that intervention. Even in the U.S., women can choose if and when to have children. They can space those children, to be able to work in the workforce and be moms at home. That is an amazing step toward equality for women all over the planet. That’s why I want to make sure that the 200-plus million women who are asking us for contraceptives get access to them.

In the book you tell the story of Meena, a woman in northern India who begged you to take some of her children home to the U.S. with you. Were you tempted just to write her a check, and rescue her and her kids?

Whenever you’re in a situation like that, of course you are tempted to write a check or go to your wallet. But what I know to be true is that that is not what will ultimately change people’s lives at scale. What you have to always make the determination of is, “Will that systemically change what’s going on for not just that one person but a hundred people, a thousand, a hundred thousand, a million people?” So when I’m out in the developing world, I have to take those stories in. And I have to let them break my heart. Of course we go back and make sure that there is some means for the family. But we can’t go in and just fix their problem. I can’t go in and pay outright for their kids’ educations; that just wouldn’t be right. It wouldn’t be right for everybody else in the village, and it wouldn’t be right for the work that we’re trying to accomplish in the world, which is to get all kids a great education.

You write about your faith quite a lot, but also about how you think your church, the Catholic Church, has helped enhance gender biases. How so?

By not allowing women to be priests at all, and not having women in the top echelons or hierarchy of the church. I think that has held the church back and has held its people back. If our churches are the centers of our community, what are we saying to young girls and boys when they sit in those pews, where a female is not allowed to hold a position of the highest authority? We’re not role-modeling the right values. I see other churches and other religions where there are females who are pastors and at the top levels. And it’s time the Catholic Church allow that, as well.

With that and your longstanding support for contraception, do you still call yourself a practicing Catholic?

I do because there are tenets of the Catholic faith that I absolutely benefit from. The idea of centering prayer, the idea that there’s a spirituality or whatever label you want to use — God or Christ — in all of us, I believe that, as well as my belief that all lives have equal value.

I will stay involved in politics at the same level Bill and I are involved today, which is that we don’t publicly take a position on any political candidate. We do give some donations behind the scenes, but not at a large scale. We don’t believe in giving the way some very wealthy philanthropists are doing. The biggest thing I engage in, in the political sphere, which I will absolutely continue to do, is to call on governments to fund foreign aid, because it creates peace and stability around the world.

In the book you acknowledge that when you and Bill get interested in a solution, it then attracts more money and more press, and therefore, you can put your finger on the scale. Are there dangers to that, and how do you deal with them?

You have to make sure — and this is not easy in philanthropy — that you are constantly getting real critique. All philanthropy can be is the catalyst that tries things, measures them, sees whether they actually are producing results — and takes risks that a government won’t or shouldn’t take with taxpayer money. But then it’s up to the government to scale them up.

You write, “Great wealth can be very confusing.” What do you mean by that?

You have so many options that sometimes it can just be confusing, quite frankly. How do you spend your time? How you spend your resources? Because they know that you’re donating money, people come up and tell you you’re fantastic, or something you said was fantastic, or what you’re wearing is the best ever. And so there can be a distorted point of view. The only way I know to break through that is to be in real relationship with people of all levels of wealth, and to be able to have deep, real, authentic conversations. You have to keep your life as real as you possibly can, which means even though you might be able to pay for somebody else to go get your groceries, you still go and do that for yourself. You’ve got to live as normal a life as you possibly can.

Abigail Disney, who’s also somebody of great wealth, said that she stopped using a private jet partly because she believes it kept her from interacting with other people. Do you agree with that?

I definitely think if you have a private jet you don’t interact with as many people. But I have to say for me, there is absolutely no way I could take the number of trips that I take to the continent of Africa or to Bangladesh or India if I was flying commercial all the time. There’s the wear and tear of it, and I wouldn’t be able to be in certain places where I get asked to speak on the behalf of women. So I have to make those tradeoffs in my life.

Oh, that would be fun. We could do an Airbnb thing one weekend. 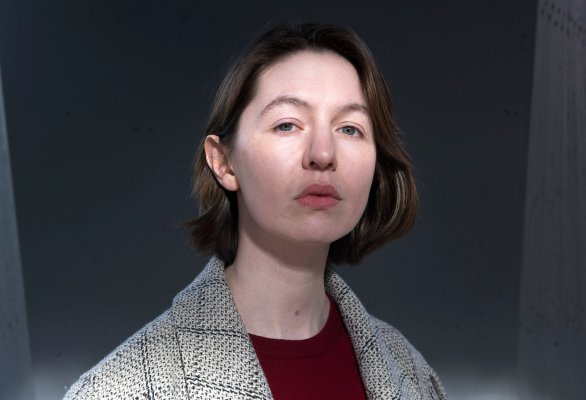