Juul founders Adam Bowen and James Monsees, who were named to the 2019 TIME 100 list, called vaping’s potential for helping adult smokers ditch combustible cigarettes “one of the greatest opportunities for public health in the history of mankind” at the TIME 100 Gala on Tuesday.

Juul has dominated the e-cigarette market with its sleek devices, which deliver nicotine without many of the harmful, cancer-causing substances in combustible cigarettes. But while the devices are designed to give adult smokers an alternative to cigarettes, Juul and other brands have developed a massive following among teenagers — despite laws that prohibit anyone younger than 18 from buying them.

Widespread use by teenagers, which has been called an “epidemic” by top public-health officials, has prompted concerns about nicotine addiction among young people. The Food and Drug Administration (FDA) in March introduced proposed regulations meant to significantly restrict the sale of many flavored e-cigarettes, which are thought to be especially appealing to young people. A few months before that proposal was officially announced, Juul elected to stop selling many of its flavored e-cigarettes in stores and shut down its U.S. Facebook and Instagram accounts, which have been criticized for appealing to teenagers.

Monsees said removing many flavored products from retail stores has had a “very meaningful and definitely measurable impact on [sales],” but declined to say by how much they have dropped. He also said the company supports proposed legislation to raise the legal age for buying tobacco products, including e-cigarettes, to 21, even though that policy would “absolutely” have an impact on sales.

“We’re more than willing to take any cut in sales or revenue to do the right thing and prevent underage use,” Bowen said.

Bowen and Monsees got the idea for Juul when they were Stanford grad students in 2004. It didn’t take long to take off. They sold 16.2 million of their devices in 2017 alone, enough to secure a $12.8 billion investment from tobacco giant Altria in 2018.

The partnership raised eyebrows from critics who questioned the company’s decision to partner with a tobacco company.

Monsees called that a “reasonable gut reaction,” but said Altria “has the capabilities to accelerate that mission” of helping adult smokers switch to e-cigarettes. “We get access to their database of approximately half of all smokers in the United States,” Monsees said. “That allows us to target the switching message directly to consumers that are using cigarettes.”

The duo also said the company remains focused on cutting down on youth use. Juul recently unveiled a track-and-trace program, through which authority figures can report products that were illegally used by minors to help the company determine how they’re getting into teens’ hands.

“Any underage use is unacceptable, ultimately,” Monsees said.

Even for adults, Juuling may not be harmless. While a recent Juul-funded study found that the devices can help current smokers quit, which could reduce rates of lung cancer, preliminary evidence has also uncovered some potential health risks associated with e-cigarettes, including cardiovascular and respiratory issues. 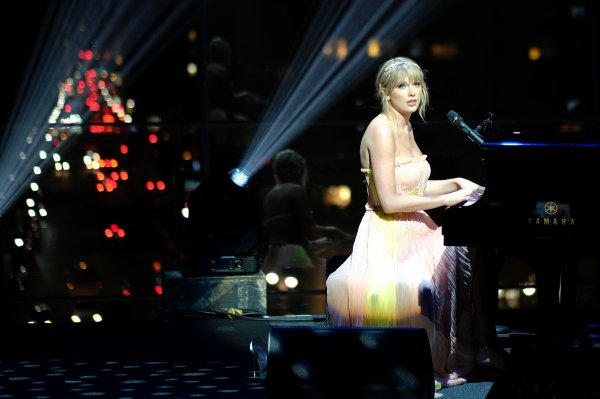 Taylor Swift Took Some of the World's Biggest Stars Down Memory Lane With This Performance
Next Up: Editor's Pick