130 Years After Hitler's Birth, He Continues to Live as a Symbol of Evil

The following is adapted from the TIME special edition The Science of Good and Evil, available at retailers and on Amazon

It’s hard to think of Adolf Hitler as a thing of flesh and viscera and bone and blood — a functioning organism like the rest of us, someone who breathed and ate and slept and sweated. He wasn’t a functioning organism for long — just 56 years from his birth on April 20, 1889, to his self-inflicted death in 1945. But he lived — continues to live — as a specter for much, much longer.

In a sense, he lived even before he lived — as a thing of dread: the monster in the cave, the creature down the well, the prophesied power that would one day plunge humanity into a mortal struggle for its own survival. Such mythical figures had emerged in all cultures, in all centuries, and then in the 20th, one emerged for real.

In the decades since his physical death, Hitler has lived on in a similar way: as moral touch point, a perverse gold standard for all that is wicked, all that is murderous. He is concept turned human, evil made flesh. He is, in the simplest and most straightforward way we can put it, the worst person who ever lived. Really. Think about it. Who would be worse?

Yes, we live inside our current and recent history, so that what is now or what is still near looms larger, closer than things in the more distant past. That includes our monsters too. So was Caligula actually the worst person who ever lived? First-century Romans probably thought so. Genghis Khan, whose 12th-century wars are thought to have killed as many as 40 million people, may have been the dark icon of that era. Ivan the Terrible did not come by his descriptor by accident, especially after the infamous massacre of the city-state of Novgorod in 1570, which saw up to 60,000 people claimed by the dictator’s bloodlust.

The deaths Hitler authored, however, were different: they were mechanized, industrial, animated by a madman’s hate — of Jews, Roma, gays, the disabled — and enabled by a modern technological infrastructure. Mao Zedong and Joseph Stalin may — or may not — have claimed more lives, but at least some unknown millions of them were caused by famine, the result of inept execution of a flawed ideology. Hitler’s killings were intended, effectively premeditated, 11 million counts of first-degree murder in the Holocaust alone, never mind on the battlefields and in the bombed cities.

Hitler appeared on the cover of TIME on multiple occasions — most famously perhaps on Jan. 2, 1939, when he was named Man of the Year. That choice abided by the dictum of TIME founder Henry Luce, who decreed that the Man of the Year — now Person of the Year — was not an honor but instead should be a distinction applied to the newsmaker who most influenced world events for better or worse. In case that second criterion was lost on readers, the issue that named Hitler dispensed with the portrait treatment that cover subjects typically got. Instead he was depicted as a tiny figure with his back to the viewer, playing a massive organ with his murdered victims spinning on a St. Catherine’s wheel. Underneath the stark, black-and-white illustration was the caption, “From the unholy organist, a hymn of hate.”

The text of the story, which can be read by subscribers at the link below, was both clear-eyed and prescient, written at a moment in history after the Reich’s land grabs of Austria and Czechoslovakia (which TIME rendered both as Czechoslovakia and Czecho-Slovakia), but eight months almost to the day before the invasion of Poland that would trigger the full fury of a second global war. The Holocaust, surely already bubbling up in the fever swamp of Hitler’s brain, was still a crime beyond human imagining — but that would change. In a world that can sometimes seem inured to evil, may we never see the likes of the unholy organist again.

Read the full Adolf Hitler Man of the Year cover story, here in the TIME Vault

Read more in the TIME special edition The Science of Good and Evil, available at retailers and on Amazon 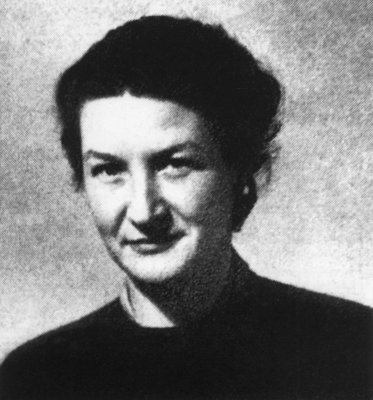 Virginia Hall Was America’s Most Successful Female WWII Spy. But She Was Almost Kept From Serving
Next Up: Editor's Pick