By Alana Abramson and Megan McCluskey

As the designer of Meghan Markle’s wedding dress for her royal wedding to Prince Harry, Clare Waight Keller has had a monumental year.

The first female artistic director of legendary French fashion house Givenchy attended the TIME 100 gala on Tuesday night as one of the 2019 TIME 100 honorees. During the evening’s cocktail hour, she took some time away from mingling with her fellow world influencers to chat with TIME about her accomplishments.

Keller told TIME she was shocked by the level of attention Markle’s gown received during her wedding last May. The gown, a stunningly simple boat-neck design, was seen by an estimated 1.9 billion people globally and immediately spawned multiple copies.

“I had no idea how momentous it was going be,” Keller said. “The last time there was a royal wedding there was no Instagram, really, or any of those huge social networks. So it really took me aback, actually.”

Actress Julianne Moore, who attended the gala with Keller on Tuesday, centered her tribute for the Time 100 issue on that dress. “The world gasped when they saw that bride, and everyone wanted to know who had made that  dress,” actor Julianne Moore wrote in a tribute to Waight Keller for the TIME 100 issue. “We are drawn to Clare’s work because she doesn’t design from the outside in, she designs from the inside out.”

Before she took over at Givenchy in 2017, Waight Keller was the creative director at Chloé.

Write to Alana Abramson at Alana.Abramson@time.com and Megan McCluskey at megan.mccluskey@time.com. 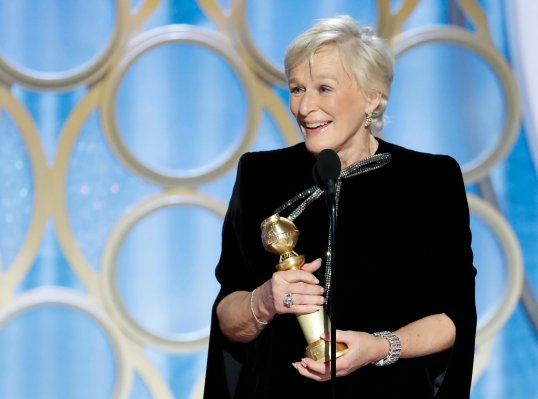 How Glenn Close Is Preparing for Her Role in Hillbilly Elegy
Next Up: Editor's Pick