The Mueller Report Is Embarrassing for Trump. But It Doesn't Call Into Question His 2016 Win

The message arrived after midnight on Election Day 2016. As news bulletins reported that Hillary Clinton had called Donald Trump to concede in the presidential race, Kirill Dmitriev, a Russian sovereign-wealth fund CEO and pal of Russian President Vladimir Putin, checked his device. “Putin has won,” came the message.

The identity of that note’s sender is among the redacted parts of Special Counsel Robert Mueller’s report. While the document chronicles the sweep of Russia’s interference in the election and provides specific examples of the Trump team’s sometimes-artless interactions with Russian officials, it is silent on a key unanswered question: did those Russian efforts actually swing the outcome of the 2016 contest?

It is perhaps no surprise that Mueller’s report does not attempt to answer this politically charged issue. Quantifying the impact of Russia’s influence operation is extremely difficult, as well as outside the core of the special counsel’s mandate. While the facts marshaled by Mueller’s investigators illustrate the scope of Russia’s influence operation—which included a social-media campaign and the hacking and dissemination of Democratic emails—none of the new revelations threaten the validity of Trump’s election victory.

Mueller’s report builds on previous disclosures that Russia had canvassed U.S. election systems looking for vulnerabilities. In Sept. 2017, the Department of Homeland Security told 21 states that hackers had targeted their voting systems. One Mueller indictment from July 2018 indicated that Russian hackers in June and July of 2016 very likely hacked into an unnamed state and stole information related to 500,000 voters. (State officials in Illinois later acknowledged an intrusion by Russian actors, though they said the number of voters whose personal data had been compromised was 76,000.) The indictment also indicates the hackers poked around in counties in Georgia, Florida and Iowa. A Joint Intelligence Bulletin released last month from the FBI and the Department of Homeland Security revealed the Russians targeted all 50 states.

There are plenty of signs that Russia shaped how Americans perceived the election. That’s why Kathleen Hall Jamieson, director of the Annenberg Public Policy Center at the University of Pennsylvania, calls the foreign actors “discourse saboteurs” in her latest book, Cyberwar: How Russian Hackers and Trolls Helped Elect a President. The Russians not only injected divisive rhetoric into the public narrative via troll accounts on social media, Jamieson says, but also by stealing troves of email from the Democratic National Committee and top Democrats like Clinton campaign chairman John Podesta and then getting them amplified via mainstream media sources.

Facebook executive Colin Stretch told Congress in October 2017 that about 126 million users on the platform were exposed to Russian propaganda masquerading as real news. At the same time, Stretch added, the propaganda was hardly ubiquitous; suspected Russian content amounted to about one out of every 23,000 posts.

Russia’s Internet Research Agency spent just $46,000 on Facebook ads before the 2016 elections, compared to the $81 million the Trump and Clinton campaigns spent on the platform combined. But the raw number may not reflect the operation’s reach. In 2016, Russian agents posted just under 30,000 times on Facebook, yet the operation generated almost 13 million shares, 15 million likes and 1.3 million comments, according to a research team at Oxford University.

Russia ramped up the social-media operation at critical moments, too. There were clear surges in Russian content on Facebook as the primaries and caucuses were getting underway; the numbers dropped off in late spring and early summer when the nominees were decided, only to spike in the final march from the nominating conventions into Election Day.

While it’s virtually impossible to determine how many votes these efforts swayed, the numbers needn’t be huge to be important. In Florida, Trump prevailed by 119,770 votes, or 1.3 percentage points. In North Carolina, Trump’s margin was 173,315 votes, or 3.6 percentage points. Trump wrested Michigan, Pennsylvania and Wisconsin into the Republican column by a margin of 77,744 combined votes. According to a July indictment from Mueller, the Russians knew exactly who the Clinton campaign needed to reach to win the latter Democratic strongholds because the Russians had her strategy memos. Russian-backed trolls targeted 36-social media campaigns at Michigan voters, 25 in Pennsylvania and 54 in Wisconsin, according to data provided to the House intelligence panel.

Still, it’s impossible to chalk up the election result entirely to Russia’s influence—or to posit that the Kremlin’s efforts were a complete success. Consider Russia’s plan to depress African-American turnout. The Oxford study found that of the five top Russian-backed accounts on Twitter, four focused on reaching African-Americans to anger them about Clinton’s record. In 2012, 16% of voters in Michigan were black, according to exit polls. Four years later, the number of 15%. In Wisconsin, the share of the black vote held steady at 7%. It’s true that black turnout declined nationwide in 2016 for the first time in 20 years; the net drop of 7 percentage points from 2012 is the largest on record, according to Pew. But it’s tough to see that as decisive in the trio of states that lifted Trump to victory.

As with any election, it’s impossible to single out any lone factor as the reason why, in the privacy of a polling booth, someone cast a ballot for—or against— an individual. No one can prove Clinton would have won had the Russians not meddled. Mueller’s report illustrates how Russia engaged in an effective campaign to help Trump win the White House. But it doesn’t argue those efforts were decisive.

With reporting by John Walcott/Washington 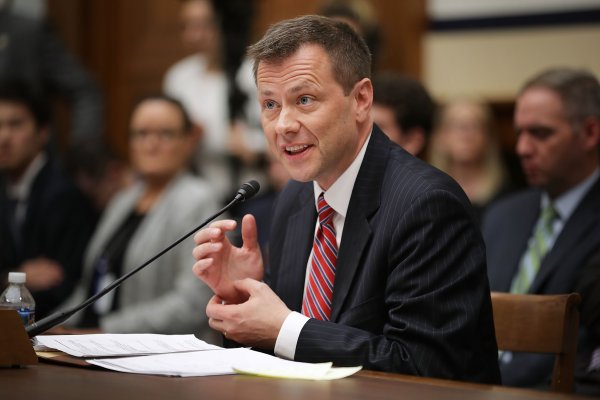