It’s been some years since Emilia Clarke and Richard Madden were co-stars on Game of Thrones, but at Tuesday night’s TIME 100 gala, it was clear the bond was still strong.

In the midst of mingling with fellow 2019 TIME 100 honorees, the Mother of Dragons and the doomed King in the North Robb Stark were all smiles as they chatted. It’s par for the course for the actors.

“I see Emilia all the time so it’s not too big a deal to reunite,” Madden told TIME.

With Game of Thrones on everyone’s minds, we had to ask Madden about the most heartbreaking Thrones scene for him. “Jon riding out to save Rickon, but just missing him,” he said, which makes total sense to us.

Next up, Madden is set to star opposite Taron Egerton as Elton John’s former manager and boyfriend John Reid in the Rocketman biopic.

But his Thrones breakout role is still the one he likens himself most to. “I would love to say Prince Charming, but probably Robb Stark,” he said when asked which character of his he’s most similar too. “He tries to do the right thing but is bad at it.”

In the midst of the eighth and final season of Game of Thrones, Emilia Clarke attended TIME’s celebration of the 100 most influential people in the world as one of the 2019 honorees. Clarke has rocked the world with her portrayal of Daenerys Targaryen over the past eight years that HBO’s beloved medieval fantasy drama has been on the air.

Even in the midst of suffering two life-threatening brain aneurysms in the early days of Thrones, a trauma she spoke publicly about for the first time in March, Clarke has consistently been an inspiration to women both on and off screen.

“She has the courage of a small lion, the stamina of a Welsh pit pony and the soul of a clown,” actor Emma Thompson wrote in a tribute to Clarke for the TIME 100 issue. “A powerhouse to watch and an ally to die for.”

Looking ahead, Clarke is set to star alongside Thompson and Crazy Rich Asians‘ Henry Golding in the romantic comedy Last Christmas and make her true crime debut in a movie adaptation of Joe Sharkey’s nonfiction thriller Above Suspicion. 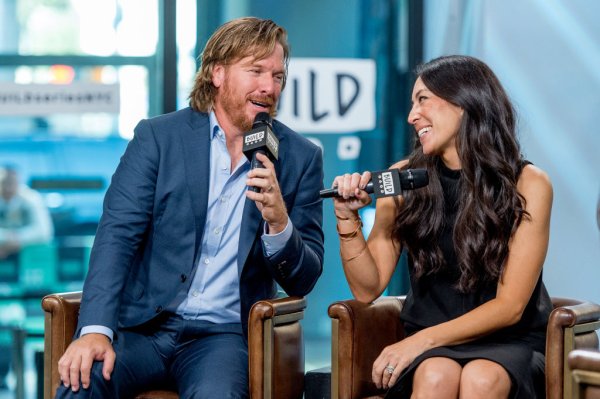 Chip and Joanna Reveal Details About Their New TV Network In Between Shiplap Jokes
Next Up: Editor's Pick