Because of a gene mutation, babies who are born with X-linked severe combined immunodeficiency (X-SCID) do not develop immune cells properly, leaving them highly susceptible to infections. The condition, which strikes up to one in 50,000 newborns, primarily affects boys and requires extreme measures to prevent infection. In one famous case, a boy with SCID, David Vetter, lived in a sterile plastic “bubble” until his death at age 12 — hence the disease’s nickname.

Until now, the best treatment for these difficult cases relied on using bone marrow transplants from tissue-matched siblings to restore immunity. But since many patients do not have a sibling who’s a match, doctors often resort to other donors. Such donations can improve patients’ health, but they often can’t produce full immunity, the NIH says — which is why gene therapy has seemed so promising. Still, previous gene therapy techniques either did not fully restore immune function or resulted in side effects as serious as leukemia.

Doctors took samples of each baby’s bone marrow to collect blood-forming stem cells, then each baby received doses of busulfan, a chemotherapy agent, in order to wipe out their existing immune systems. That prepared them to rebuild healthy ones from corrected copies of the mutated gene that caused X-SCID, which the researchers inserted into the babies’ blood-forming stem cells using an inactive virus. These were then infused into the newborns in hopes that it would spur normal immune function.

Three to four months later, seven of the babies were producing multiple types of normal immune cells, including some that had never been produced before in X-SCID patients treated with gene therapy. (The eighth baby produced a healthy immune response after another dose of gene therapy, researchers report.) Many of the babies’ preexisting infections also cleared.

The therapy worked well enough that four of the babies were eventually able to stop getting antibody infusions, which doctors often use to boost immunity. Three also show normal responses to childhood vaccines, another sign that their immune systems are healthier. The babies were growing and developing normally during up to two years of follow-up, which ended in September.

The results are preliminary, and more research is needed — as is long-term follow-up of the existing patients. But researchers are hopeful that the technique could offer a brighter future to families who receive this traumatic diagnosis.

“These exciting new results suggest that gene therapy may be an effective treatment option for infants with this extremely serious condition, particularly those who lack an optimal donor for stem cell transplant,” says Dr. Anthony Fauci, director of the NIH’s National Institute of Allergy and Infectious Diseases, in a statement. “This advance offers them the hope of developing a wholly functional immune system and the chance to live a full, healthy life.”

While X-SCID is extremely rare, scientists are also using gene therapy to create treatments for other, more common conditions including cancer and blindness. 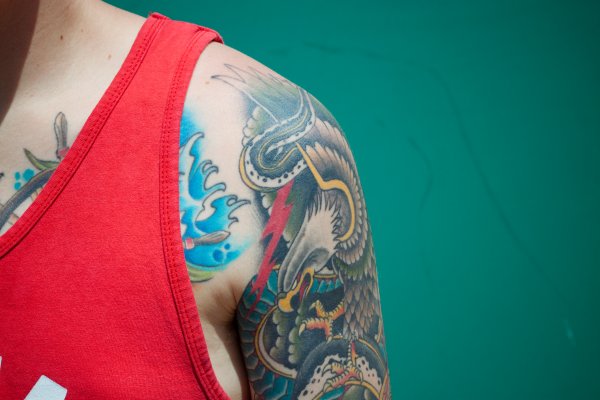 The Risks of Getting a Tattoo Are Rare, But Real. Here's What to Know
Next Up: Editor's Pick