The hotly anticipated and futuristic Samsung Galaxy Fold is set to hit shelves before April’s end. But a handful of journalists reviewing the foldable smartphone have highlighted some potentially major hardware issues after only days of use.

The multitude of issues, as described by various reporters, are likely due to the titular folding mechanic, as well as the screen’s unorthodox construction. Samsung did not immediately respond to TIME’s request for comment.

The Verge’s Dieter Bohn encountered a mysterious bulge protruding from beneath the Galaxy Fold’s creased screen. “It’s a distressing thing to discover just two days after receiving my review unit,” wrote Bohn, who sent the device back to Samsung for analysis. “More distressing is that the bulge eventually pressed sharply enough into the screen to break it.”

Other reviewers, like Bloomberg’s Mark Gurman, ran into issues after removing what appeared to be a plastic screen protector film from the Galaxy Fold’s screen. The plastic film is in fact what Samsung calls a “polymer layer,” designed to keep the display intact and touch-friendly. “I removed it, not knowing you’re not supposed to (consumers won’t know either),” said Gurman in a tweet. “It appeared removable in the left corner, so I took it off.”

Not every Galaxy Fold is kicking the bucket, however. Both Quartz’s Mike Murphy and The Washington Post’s Geoffrey Fowler shared more positive experiences with the Galaxy Fold. “I tried folding and unfolding it 100 times in a single sprint, but did not spot any problems,” tweeted Fowler, who shared a time-lapse image of himself opening and closing the device repeatedly.

In March, Samsung released a video depicting the durability tests applied to the Galaxy Fold’s mechanical hinge, folding the smartphone 200,000 times to simulate five years of use.

This isn’t the first time Samsung’s ambitious smartphone ideas have put a dent in the electronics giant’s reputation. As recently as 2016, the company’s stylus-equipped Samsung Galaxy Note 7 was recalled due to widespread battery issues responsible for multiple fires, prompting Samsung to discontinue and recall the smartphone. 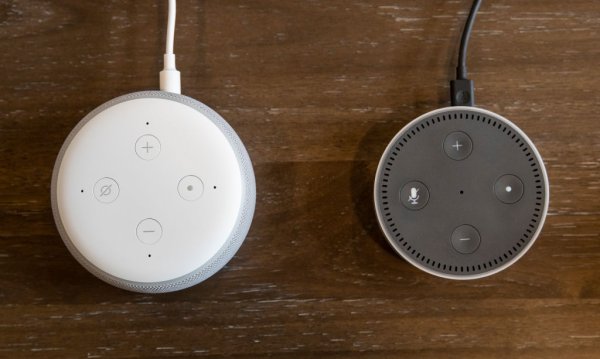 Thousands of Amazon Workers Listen to Alexa Conversations
Next Up: Editor's Pick