An 11-year-old Salvadoran girl who faced deportation without her family has been granted a temporary reprieve after her case sparked a massive public outcry, officials said.

A federal immigration judge has approved a motion to reopen Laura Maradiaga-Alvarado’s case, halting the deportation order as her family continues to fight for asylum in Houston, according to officials and the girl’s attorney, Silvia Mintz.

Mintz and advocates from FIEL, an immigrant rights group in Houston, believe a mistake in paperwork by immigration officials led a judge to order Laura deported without her mother or 15-year-old sister. All three are currently seeking asylum in the U.S.

The case attracted national attention, helped in part by Houston police Chief Art Acevedo, who fired off a series of viral tweets on April 12 after learning about Laura’s deportation order. Acevedo—Houston’s first Hispanic police chief—slammed the separation of children from their families as a tactic from World War II. “The Nazi’s enforced their laws as well,” Acevedo wrote in a tweet that has since received more than 21,000 likes.

In a recent interview with TIME, the police chief said he was moved to speak out in part because he’s a Cuban immigrant who came to the U.S. when he was a child. His son is also the same age as Laura. “Broken immigration policies and systems impact safety across the nation,” Acevedo said. “The people that are being impacted are real human beings. They’re real people.”

At a news conference last week, the Maradiaga-Alvarado family said they fled El Salvador after gang violence had claimed the lives of multiple members of their immediate family. Laura, her mother and her sister arrived in the U.S. via the Mexican border last October.

It’s unclear what led to the setback in Laura’s asylum application. The Justice Department’s Executive Office for Immigration Review confirmed Wednesday that an immigration judge had granted a motion to reopen Laura’s case on Monday. But the agency, which adjudicates all immigration cases in the country, declined to comment further.

Laura’s advocates say the judge’s speedy approval—granted on the same day the motion was filed—suggests some acknowledgement of human error on the court’s part. “They may be admitting that they made a mistake,” said FIEL Houston Executive Director Cesar Espinosa.

If there was an error, Mintz, the girl’s attorney, said it may have been the result of the massive backlog in immigration cases. “The clerks don’t do it with ill intention,” she told TIME. “They’re just overworked. The system is broken. There is need for more judges, more staff. More than a wall, we need resources for the immigration courts.”

TRAC co-director Susan Long said the avalanche of cases has been accumulating for over a decade. The backlog worsened, she said, during the government shutdown earlier this year. “It’s an accelerating trend,” Long said. “It just keeps going up, and that’s an indication that there just isn’t enough resources there.”

California, Texas, and New York have the largest backlogs, Long said. In Texas, the Houston area—where the Maradiaga-Alvarado family has been living since they came to the U.S.—has the highest backlog, with more than 54,000 pending cases.

The Maradiaga-Alvarado family will return to court on May 20. 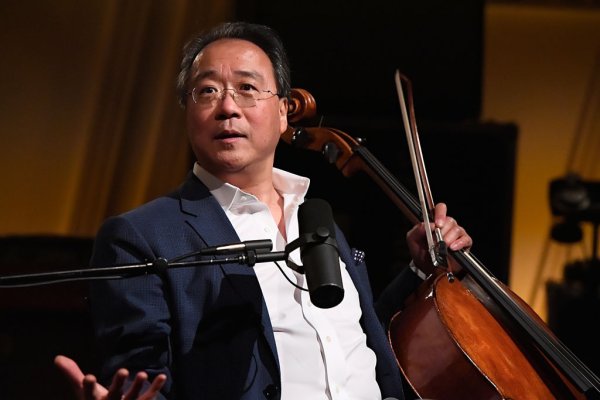 Cellist Yo-Yo Ma Plays at the U.S.-Mexico Border
Next Up: Editor's Pick