With eight seasons filled with plenty of unrest, upheaval and usurpation in the Seven Kingdoms, it would be difficult for even the most devoted Game of Thrones fans to keep track of the myriad of plot points or even just the head count of characters who are still alive and in the running for laying claim to the Iron Throne.

Thankfully, however, Jimmy Kimmel came up with a solution: a handy hotline advertisement skit aptly titled “Game of Phones,” where the Game of Thrones cast, moonlighting as call center employees, answer fans’ most burning questions about the show.

In many of the cases, the questions were character-specific and answered by the actors who played them on-screen, which led to some interesting moments like when Lena Headey was asked by a caller what they should do if they had a crush on their brother.

“Nothing, it’s illegal and immoral to act on those feelings,” she said. “On the other hand, if he’s hot, go for it.”

A voiceover for the advertisement noted that “a small but diabolical clause in their HBO contract requires them to man our phone banks and cut George R.R. Martin’s lawn;” it also noted that the calls would cost $2.99 per minute or $5.99 per raven and that the call center employees did not speak Dothraki.

Watch the full Game of Phones on Kimmel YouTube clip below. 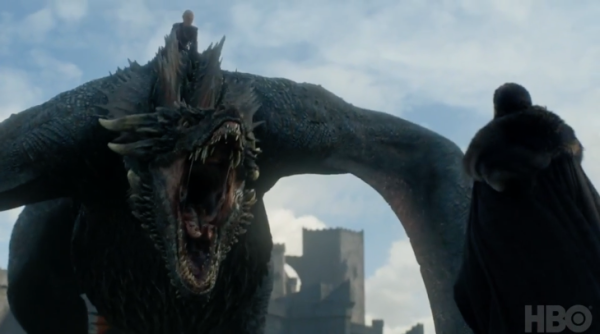 Why Did the Dragon React So Angrily to Jon and Daenerys' PDA?
Next Up: Editor's Pick