Houston’s Police Chief spoke out on Friday against an immigration order to deport an 11-year-old Salvadoran girl without her family.

In a series of tweets, Chief Art Acevedo called the decision made by an immigration judge “heart-wrenching” and called for every “person of faith [to] speak out.”

“The Nazi’s enforced their laws as well,” Acevedo wrote. “You don’t separate children from their families! Ever! You’d have to kill me to take my child from me simply because I was trying to get them to a better place for a better tomorrow. I am glad to be on the right side of history.”

On Thursday, the Houston Chronicle wrote that 11-year-old Laura Maradiaga was given a deportation order after she was left off a docket for her family’s immigration court appearance. It is unclear whether the family’s court translator gave the family incorrect information or there was some other error, the outlet reported.

The family arrived through the southern border in October, and told officials that they were afraid for their safety in their native country. They were released to pursue an asylum case, and later adhered to all court orders and appearance dates, according to the Chronicle.

Laura’s mother, Dora Alvarado, told the Chronicle that it became dangerous for them to stay in El Salvador after one of their family members testified against a gang member. The family has lost uncles and cousins due to gang retaliation, Alvarado said.

Maradiaga said that they had decided to come to the U.S. after her 15-year-old sister, Adamaris Alvarado, admitted to their mother that a gang member had been harassing her and threatened to kill the family.

The family’s lawyer, Silvia Mintz, said that she blames the Justice Department body that oversees immigration court for not taking responsibility for the situation.

“This mistake done by the immigration court has put this family in jeopardy,” Mintz said. “They will be separated if this is not stopped.”

“Keep them together and if they don’t meet asylum requirements deport them as a family unit,” the police chief wrote. 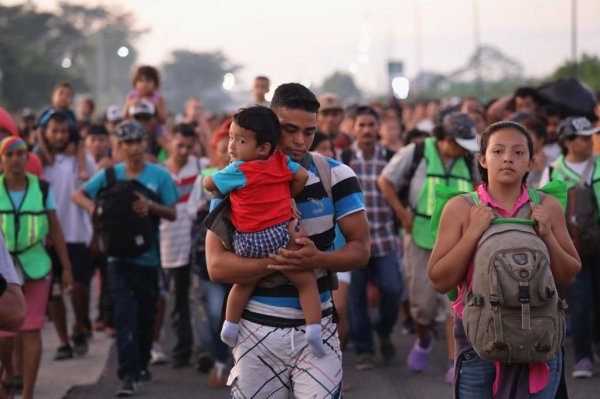