More than two dozen suspected graves might have been found by on the grounds of a now-shuttered reform school in Florida that was infamous for severe abuse, according to a letter from the state’s governor.

The suspected graves were discovered when a contractor began a cleanup of ground pollution at the site, which is located near the former Dozier School for Boys in the city of Marianna, Fl. The discovery comes at a site where dozens of bodies have been found over the last decade.

In a report to the Florida Department of Environmental Protection (DEP), Geosyntec, the contractor cleaning up the pollution, said a subcontractor deployed a ground penetrating radar to to survey the land, the Tampa Bay Times reports. The DEP did not immediately respond to a request for comment.

According to the report, the radar found 27 “anomalies” consistent with possible graves, Florida Gov. Ron DeSantis wrote in a letter to Clint Pate, chairman of the Jackson County Board of County Commissioners. The governor’s office did not immediately respond to a request for comment.

The Arthur G. Dozier School for Boys opened in 1900 and closed in 2011, after more than a century of notoriety for its depraved treatment of students. Allegations of beatings, sexual abuse and forced labor were made against the school over the course of its history, although school officials denied wrongdoing. The school closed in 2011 after an investigation by the U.S. Justice Department’s Civil Rights Division found widespread abuse.

Researchers from the University of South Florida excavated the remains of 55 bodies in a graveyard in 2014, nearly doubling the number originally thought to be buried there. The Florida Department of Law Enforcement said in 2009 that there were 31 boys buried in the school’s cemetery. Students who died at the school were typically buried in undisclosed locations, with their cause of death often listed as “unknown,” TIME reported in 2014.

The shuttering of the school came in large part from advocacy work by a group of men called the White House Boys — named after a cinder-block building on campus where they said they were taken to be beaten.

Jerry Cooper, president of the organization, tells TIME the new discovery of 27 possible additional graves helps to offer some more closure for survivors, despite being a reminder of deep pain and suffering.

Cooper, 74, says he attended the school between 1960 and 196 and recounts the abuse he endured, including being beaten over one hundred times in one night. He adds: “It was just brutal. We went there needing help. We got hell.”

Cooper says he and other men in the organization are not at all surprised at the findings and that he expects additional discoveries to be made in the future. 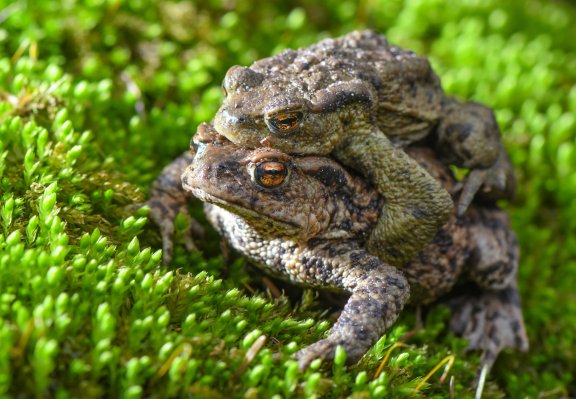 Poisonous Toads Are Swarming This Florida Town
Next Up: Editor's Pick