Founder letters have become an essential part of the initial stock pitch from high-profile technology companies. “ Google is not a conventional company,” the founders wrote in their introduction in 2004. “Facebook was not originally created to be a company,” Mark Zuckerberg wrote in his.

Uber Technologies Inc., which filed paperwork Thursday for what could be among the 10 biggest U.S. IPOs of all time, had a different message from someone who wasn’t around until much later in the company’s life.

The Uber letter was written by Dara Khosrowshahi, who was hired as chief executive officer in 2017 after a string of controversies forced the co-founder out. His screed was a mix of the usual corporate optimism with more yielding and apologetic language. He acknowledged missteps by his predecessor, Travis Kalanick, and doesn’t suggest he has all the answers: “I won’t be perfect, but I will listen to you.”

Khosrowshahi inherited an embattled company. The former Expedia Inc. chief was selected over corporate heavyweights Meg Whitman and Jeff Immelt. At Uber, he has offered countless mea culpas to customers, drivers and government officials, while trying to put his stamp on the San Francisco-based company.

Ten years ago, Uber was born out of a watershed moment in technology. The rise of smartphones, the advent of app stores, and the desire for on-demand work supercharged Uber’s growth and created an entirely new standard of consumer convenience. What began as “tap a button and get a ride” has become something much more profound: ridesharing and carpooling; meal delivery and freight; electric bikes and scooters; and self-driving cars and urban aviation.

Of course, in getting from point A to point B we didn’t get everything right. Some of the attributes that made Uber a wildly successful startup — a fierce sense of entrepreneurialism, our willingness to take risks that others might not, and that famous Uber hustle — led to missteps along the way. In fact, when I joined Uber as CEO, many people asked why I would leave the stability of my previous job for one that was anything but. My answer was simple: Uber is a once-in-a-generation company, and the opportunity ahead of it is enormous.

Today, Uber accounts for less than one percent of all miles driven globally. Just a small percentage of people in countries where Uber is available have ever used our services. And we are still barely scratching the surface when it comes to huge industries like food and logistics, and how the future of urban mobility will reshape cities for the better.

Building this platform has required a willingness to challenge orthodoxies and reinvent — sometimes even disrupt — ourselves. Over the last decade, as the needs and preferences of our customers have change, we’ve changed too. Now we’re becoming something different once again: a public company.

Taking this step means that we have even greater responsibilities — to our shareholders, our customers, and our colleagues. That’s why, over the past 18 months, we have improved our governance and Board oversight; built a stronger and more cohesive management team; and made the changes necessary to ensure our company culture rewards teamwork and encourages employees to commit for the long term.

Because we are not even one percent done with our work, we will operate with an eye toward the future. We will optimize for the happiness and loyalty of our customers rather than marginal trip or transaction growth. And we will not shy away from making short-term financial sacrifices where we see clear long-term benefits.

Our continued success will come from stellar execution and the strength of the platform we have worked so hard to build. Our network spans tens of millions of consumers and partners and represents one of the world’s largest platforms for independent work. Our engineering and product teams are solving some of the most difficult problems at the of the physical and digital worlds. And our regional operations teams let us build and run our business as true citizens of the cities we serve.

I want to close with my commitment to you: I won’t be perfect, but I will listen to you; I will ensure that we treat our customers, our colleagues, and our cities with respect; and I will run our business with passion, humility, and integrity. 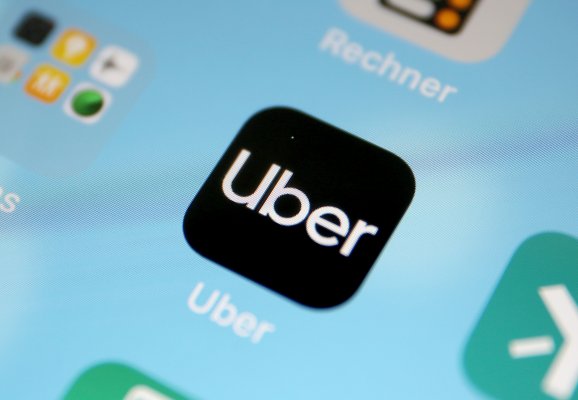