A Baby Was Born With DNA From 3 People. Here's How That’s Possible

Researchers at the Institute of Life in Athens, Greece announced that a healthy baby boy was born on Tuesday morning to a 32-year-old woman who had experienced several failed cycles of IVF.

The six-pound boy, who the doctors say in a statement is healthy, was born using a technique called maternal spindle transfer. In the procedure, the grouped-together DNA from a mother’s egg was removed and placed inside a donor egg from another woman, which had been emptied of its DNA. The donor’s egg with the mother’s genes was then fertilized and developed into an embryo that was transferred for pregnancy.

The technique takes advantage of the fact that something in the mother’s egg was preventing a viable embryo from forming when it was fertilized. Any number of factors could contribute to the problem, including poor quality of the egg to deficiencies in essential factors that a fertilized egg needs to begin dividing into an embryo.

One of those factors is mitochondria, which are found in every human cell and lie outside of the nuclear DNA that contains a cell’s genes. With maternal spindle transfer, the donor’s mitochondria, along with other factors in the egg, presumably make it possible for the egg to then be fertilized and develop into an embryo.

“We are now in a position to make it possible for women with multiple IVF failures or rare mitochondrial genetic diseases to have a healthy child,” said Dr. Panagiotis Psathas, president of the Institute, in a statement.

Mitochondria are mostly known as the batteries of the cell, powering critical functions including copying and dividing its DNA. But recent research suggests that they also do much more, especially in reproduction. Dr. Jonathan Tilly, chair of the department of biology at Northeastern University, has been studying early eggs in reproduction and says there is a growing body of research, both in animals and in humans, that suggests that mitochondria may be playing an important role in helping eggs, especially those from older women, to get fertilized and grow into healthy embryos and eventually newborns.

“All the historical data, including preclinical animal data and clinical data with people, fall into line with the idea that something significant is going on that lends itself to infertility and poor egg and embryo quality — and the bulk of those data point to mitochondrial deficiency or mitochondrial dysfunction,” he says.

The baby boy is the first to be born using this technique to a mother who did not have a mitochondrial disease. So far, there have been a few similar births — one case described in a medical journal and others reportedly in Ukraine — to families in which the mothers have mutated mitochondrial DNA. In the UK, the government has allowed researchers to use the technique to help families affected by mitochondrial diseases. Mitochondria contain their own small amount of genetic material that is separate from the so-called nuclear DNA that form the instruction manual for a human, contributing to everything from eye color to immunity and more. Mitochondrial replacement therapy, in which the egg from a mother with the disease is inserted into the egg of a donor whose DNA is removed, removes the mutated mitochondria from the equation and produces children free of the disease.

In the case reported in Greece, the mother did not have one of the mitochondrial diseases, but was unable to get pregnant after four cycles of IVF and decided to try the maternal spindle transfer as part of a study the Institute of Life is conducting with a Spanish company, Embryotools, which developed the technology.

Tilly says the fact that the technique was apparently successful in helping this woman deliver a healthy baby supports the idea that mitochondria may play a role in fertility treatments more broadly, not just in women affected by mitochondrial conditions. But he doesn’t see this specific procedure coming to fertility clinics any time soon. Instead, he says, there may be ways to further understand exactly why the donor egg’s environment allowed this woman — and the others in the study who will soon receive the procedure — to get pregnant. “It really reaffirms that there is a lot more we can understand about why eggs go bad with age,” he says, referring to women’s declining ability to get pregnant as they get older. “Success like this might lead to bypassing the need to use donor eggs at all and allow us to go back and fix the problems in the egg itself,” he says. “There could be a whole host of things that are defective in the egg, from enzymes, lipids and anything that floats around in the cytoplasm. To me, that’s the exciting aspect of this — moving the science forward to understand what those factors are.”

Part of that science will include getting a deeper understanding of what effect the addition of mitochondrial genes from a donor might have on the child. There’s little information on what introducing another source of genetic material, not from a mother and father, might have on normal development, says Tilly. “We bring the mom and dad’s genetic material together, but then we introduce a different dance partner,” he says. “Is there a compatibility issue that we haven’t seen yet, or that we haven’t considered in enough detail yet? And if there is, what does that mean for the long-term fate of the cell or the fate of a newly conceived baby?”

Tilly’s lab is focusing on finding those answers, but in the U.S., such procedures, because they involve altering the genetic makeup of an embryo from the conventional combination of egg and sperm, is not permitted by the government. Tilly believes that more births using techniques like maternal spindle transfer will likely force that policy to change. “These reports are going to start piling up to the point where our country will have to look at what other countries are doing and decide if we should start thinking differently, or our citizens are going to get on planes and go somewhere else to get this done. This is the tip of the iceberg on these procedures.” 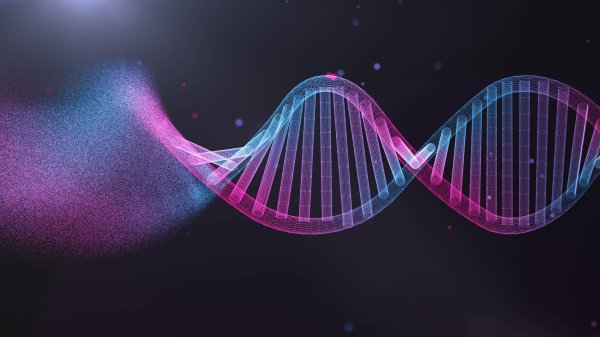 Experts Are Calling for a Ban on Gene Editing of Human Embryos. Here's Why They're Worried
Next Up: Editor's Pick