Everything We Know About the Star Wars TV Show The Mandalorian

LucasFilm has dropped two trailers for the Star Wars live-action series The Mandalorian, which will premiere on Nov. 12 on Disney’s new streaming service, Disney+. Jon Favreau, who directed Iron Man and The Lion King, created the Star Wars spinoff and introduced the first footage onstage at Disney’s annual D23 Conference in Anaheim. He said he drew inspiration from old samurai movies or Westerns about heroes operating in a lawless world.

The titular bounty hunter hails from the same planet as the uber-popular Star Wars character Boba Fett and wears similar armor. The gunslinger will operate at the outer edges of the galaxy following the fall of the Empire in Star Wars Episode VI: Return of the Jedi. Though the Rebellion is celebrating its victory against Emperor Palpatine, much of the galaxy has fallen into chaos without a central government.

The Mandalorian is the first major television series that will air on Disney+, the streaming service Disney plans to launch Nov. 12. The series will be eight episodes long and cost a reported $100 million to make.

Here’s everything we know so far about The Mandalorian.

What is the plot of The Mandalorian?

For those unfamiliar with the Mandalorians, they are a race of warriors who featured in Star Wars: The Clone Wars. Boba Fett, a bounty hunter who first appeared in the original Star Wars trilogy, was not himself a Mandalore, but he wore their armor for intimidation purposes, as did his father, Jango Fett.

Jon Favreau announced on Instagram that the plot of The Mandalorian would focus on a “lone gunfighter” who operates in the far reaches of the galaxy, outside of the New Republic’s reach. The show will be set three years after Return of the Jedi, after the fall of the Empire but before the First Order emerges.

In both trailers, the gunslinger character, played by Pedro Pascal, gets into several shoot-outs and dogfights with various groups, including the Stormtroopers and Death Troopers who are apparently still out in full force after the fall of the Empire. At least one of those Stormtrooper groups is led by an Empire loyalist played by Giancarlo Esposito.

We also see the Mandalorian take a job from an associate played by Carl Weathers in a cantina (similar to Star Wars Episode IV‘s Mos Eisley). And at some point, he teams up with a droid called IG-11, likely voiced by Taika Waititi.

We never see the Mandalorian’s face in either trailer, nor do we hear his name. It’s likely that his uniform is essential to his identity, and he uses the mask to cover up his morally complicated deeds. This notion is reinforced by the only line uttered in the trailer. A character played by Werner Herzog intones, “Bounty hunting is a complicated profession. Don’t you agree?”

While the Mandalorian himself may be neither good or evil, we know that at least one character, played by Gina Carano, used to fight for the Rebel Alliance.

While the trailer does not feature any characters that Star Wars fans already know, the show does promise to nod to the main series. There is a shot of an alien frozen in Carbonite, just like Han Solo was at the end of Empire Strikes Back. Favreau also revealed behind-the-scenes footage that included the titular Mandalorian riding a Dewback, a giant lizard from Tatooine, which means that the Mandalorian could be visiting Luke’s home planet.

It’s also likely that The Mandalorian will ultimately mimic the tone of the original Star Wars trilogy. While Favreau has said this series will explore the “darker, freakier” side of the Star Wars universe, the trailers seem to suggest the morally compromised Mandalorian will get a redemptive storyline.

Ultimately, Dinsey has promoted Disney+ as a kid-friendly platform, and children have long been a key demographic in the Star Wars fandom. Given Disney’s priorities as a company, it’s more likely that the hero of this show hues closer to Han Solo than to Boba Fett.

When is The Manadalorian being released on Disney+?

The Mandalorian will be released on Disney’s streaming service on Nov. 12, the same day Disney+ launches. Disney hopes to take a bite out of Netflix’s market share with its service, which will also include Marvel shows, Pixar spinoffs and live-action remakes of classic Disney films. The studio recently announced that a subscription for the service will cost $6.99 a month.

What actors are starring in The Mandalorian?

Pedro Pascal and Indira Varma in Game of Thrones
HBO

Pedro Pascal, who played Oberyn Martell on Game of Thrones, will star. He will play the titular Mandalorian.

Weathers (Rocky) has revealed that his character hires Pascal’s mercenary gunslinger to acquire a precious object for him. Gina Carano (Fast & Furious 6) will play an ex-rebel shock trooper. Esposito (Breaking Bad) plays a villain from the Empire. Taika Waititi voices a droid.

Nick Nolte (48 Hrs.), Emily Swallow (The Mentalist) and legendary director Werner Herzog are also in the cast in unknown roles.

Who is directing The Mandalorian?

During D23, LucasFilm head Kathleen Kennedy emphasized that the Star Wars TV shows would be of the same high quality as the Star Wars films, which includes investing heavily in directors and special effects. And Favreau has said in interviews that he plans to use the same motion-capture technology that he employed while filming The Jungle Book and The Lion King to create the aliens in The Mandalorian.

How does the TV show connect to the Star Wars movies?

In a scene from George Lucas' epic space opera Star Wars, the American actor Harrison Ford as rebel smuggler Han Solo draws a gun against enemies; behind him can be seen a fantastic space shuttle. USA, 1977.
Mondadori Portfolio / Getty Images

The Mandalorian will take place in the same universe as the three Star Wars trilogies, but don’t expect any cameos from your favorite film characters.

So far, Disney’s ventures into prequels, sequels and spinoffs of the Star Wars films have all revolved around the original trilogy of films. Star Wars: Rogue One explained how the Rebels obtained the plans to blow up the first Death Star before A New Hope, and Solo told the origin story of Han Solo, one of the main characters of the original movies.

But Kennedy has suggested that future Star Wars films and shows will move past the Skywalker saga and explore other corners of the universe. The Mandalorian looks to be the first show that takes that mandate to heart. Favreau said at D23 that total Star Wars newbies could enter the show since it operates separately from the main story in another part of the universe — though he also promised the show would be tonally aligned with the films and full of references, easter eggs and connections.

What other Star Wars TV shows are in the works?

Star Wars: Clone Wars, an animated series that never got a final season, will return to conclude its story on Disney+. But LucasFilm also has two new, live-action television shows in the works for the streaming service.

Diego Luna, who played Cassian Andor in Rogue One, has signed on to star in his own untitled series on Disney+ about the character, set during the early years of the Rebellion.

Ewan McGregor revealed at D23 that he will star in a Obi-Wan Kenobi television series. McGregor, who played a young version of the Jedi master in the film prequels, Star Wars: Episodes I, II and III, has long dodged questions about returning as the iconic character. Disney has remained mum about the details of the series, but Kennedy said the show will begin filming in 2020. 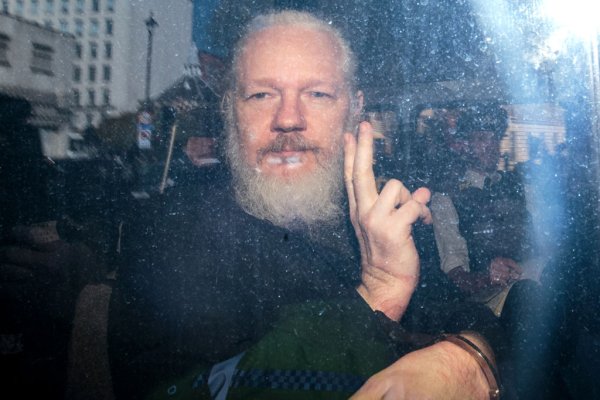 'SNL' Puts Lori Loughlin in Jail With Julian Assange
Next Up: Editor's Pick