For the good part of a year, faithful fans of Donald Glover (rap name Childish Gambino) and Rihanna have eagerly searched for more clues about the pair’s mysterious project, a music-centered movie spearheaded by Glover called Guava Island. The film attracted major buzz in August 2018 after photos of Glover and Rihanna on set in Havana, Cuba hit the Internet. Now, however, fans can rest easy because details about the film’s release and availability have emerged from none other than Glover himself. The multi-hyphenate of an entertainer took to his Twitter feed to share that he would be giving a free screening of Guava Island after his performance at Coachella’s first weekend, this Saturday, on Amazon Prime for those who won’t be in attendance in Indio at the festival.

In an interview with Vanity Fair about how the film came to be, Amazon Studios head Jennifer Salke said that she trusted in Glover’s vision from the beginning.

“I would have committed to Donald sight unseen.” Salke said. “I knew whatever he wanted to amplify would have relevance and be entertaining. He has that ability to create cultural moments and spread a message that’s interesting.”

Ahead of the film’s debut on Saturday, here’s what to know about Guava Island and how to watch it — even if you don’t have a TV.

When does Guava Island premiere?

According to Vanity Fair, Guava Island will premiere on Thursday night on the Coachella campgrounds ahead of Glover’s headlining performance on Friday night. Following Glover’s performance, the movie will be available for free on Amazon Prime Video on Saturday.

How can I watch Guava Island on TV?

Guava Island will be available to watch on streaming platform Amazon Prime, which you can hook up to a TV. It will also be live streaming on Twitch and YouTube’s Coachella Livestream.

How can I stream Guava Island online?

Guava Island will be available to stream online for free on Amazon Prime on Saturday, April 13, from 3:01 am EST until 9:01 pm EST on Sunday, April 14, ample time for viewers to watch the film and still catch the final season premiere of Game of Thrones; after this time, it will only be available to Amazon Prime subscribers. It will also be livestreamed at 8:00 pm EST on Saturday on Twitch and YouTube’s Coachella livestream.

Inspired by Fenando Meirelle’s City of God and Prince’s classic, Purple Rain, Guava Island is an island thriller written by Glover’s brother, Stephen Glover and directed by Glover’s longtime collaborator Hiro Murai, that centers on Glover’s local musician character, who sets out to throw a festival for his community. Rihanna will play his love interest, while Black Panther‘s Letitia Wright will also appear in the film.

Who’s on the Guava Island team?

The project relies heavily on Glover’s tried-and-true arsenal; Glover’s brother, Stephen Glover, who is the head story editor and writer on Atlanta, wrote the film. Meanwhile, Hiro Murai, the director behind many of Atlanta‘s most beloved episodes and Glover’s instantly viral and much-talked about music video, This Is America, also directed Guava Island. The film was produced by Glover, Carmen Cuba and Fam Udeorji.

And how can I watch Childish Gambino perform?

Those who want to watch Childish Gambino perform in addition to watching Guava Island can catch his headlining set via the YouTube Coachella livestream on Friday night.

What else have Donald Glover and Rihanna worked on recently?

While Donald Glover and Rihanna have not collaborated musically together, Glover performed as Childish Gambino at Rihanna’s annual Diamond Ball in 2018. 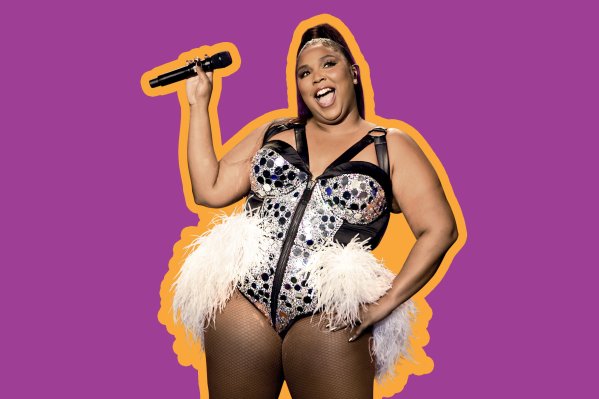 'The Space I’m Occupying Isn’t Just for Me.' Lizzo Fulfills Her Own Self-Love Prophecy
Next Up: Editor's Pick