Bless This Mess Is the First Promising Network Sitcom of 2019

Pam Grier is a fount of wisdom and experience. So when her latest character, Constance, offers some advice in the debut episode of ABC’s sitcom Bless This Mess, you can bet it’s going to reverberate through the entire series. “The best kind of love ain’t happy,” Constance tells her dejected new neighbor Mike (Parenthood alum Dax Shepard). “The best kind of love is honest.”

This is, of course, precisely what he needs to hear. A full year into their marriage, Mike and his wife Rio (In a World … writer-director-star Lake Bell) are both reeling from their first-ever fight. And they’re likely to have many more, seeing as they recently moved from New York City to the Nebraska farm Mike inherited, where they’re determined to become alfalfa farmers despite their total lack of agricultural experience. (She was a therapist; he was a music journalist.) But the soil is useless, the house is a wreck and there’s a guy named Rudy (Ed Begley Jr.) living on the property who says things like, “I don’t need therapy–I’m not a Jewish person.”

On its surface, Bless This Mess, which premieres April 16, is a pretty formulaic fish-out-of-water sitcom, with timely red state–vs.–blue state undertones. There are jokes about the city slickers’ fussy Whole Foods diet and, in the crumbling home, echoes of The Money Pit. Rudy and Constance, a shopkeeper who’s also the local sheriff, are ripe for a will-they/won’t-they romance.

But as executed by co-creators Bell and Elizabeth Meriwether, and featuring the most charismatic network comedy cast since The Good Place, the pilot shows a lot of potential. (A scene in which national treasure Susie Essman, guesting as Bell’s overbearing mom, terrorizes a cow via cell phone from several states away, doesn’t hurt.) Grier is tough but tender. Begley brings a rumpled softness to Rudy that keeps him from veering into Kramer territory. And like Meriwether’s biggest hit, New Girl, the show balances old-fashioned sweetness with of-the-moment characters and cultural references; neither rural nor urban types comes across as caricatures. Best of all, Bell and Shepard make an utterly believable, sympathetic couple–one that is just beginning to understand what it really means to make a lifelong commitment. 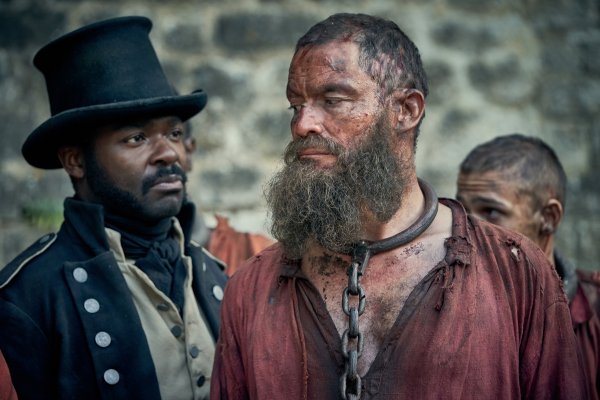 PBS Rescues Les Misérables From Musical Melodrama—But It's Still Out of Tune
Next Up: Editor's Pick