Molly Shannon Wants You to Know the Truth About Emily Dickinson

What made you want to do a movie about Emily Dickinson?

I was interested in telling the truth about her life. We’ve been told that she was a recluse spinster who never wanted to be published. But [some scholars] came to realize that a lot of her poems were written to her brother’s wife, Susan. It makes you look at her poetry in a whole different way.

Is Wild Nights with Emily a thought experiment–What if this theory about her love life were true?–or is it an attempt to correct history?

It’s an attempt to correct history. I think there was so much shame around these feelings during that time, which Emily expressed in her letters. I think after Emily became a successful writer after her death, people were worried that if the public found out she loved women, the public who adored the old-maid-recluse story would stop reading her poetry.

Dickinson said she knew something was poetry if she felt “physically as if the top of my head were taken off.” How do you know if something is funny?

If I am performing it, it feels great, like heart-pounding passion. When comedy really sings and moves and clicks and rings, it makes my heart pound.

Quite a lot has changed for female authors since Dickinson. And for female comedians since you were on SNL. What would you still like to see?

Emily was aggressively trying to get published. So I think this movie would be an inspiration to female writers now looking to do the same thing, wanting their voices heard. I always tell girls if you are able to write, you can kind of write your way in. That’s how I started. And the more stories for women, the better. There just aren’t enough.

In the movie, meeting Ralph Waldo Emerson is underwhelming. Have you had that experience in real life?

I met a very, very successful person in business, and this person’s house seemed really empty. It was very fancy, and there was everything you could ever want. But I remember thinking it wasn’t what I would have imagined. My dad always said you can be just as happy having a cup of pea soup at a coffee shop with one friend who understands you. That’s joy.

On your Comedy Central show, The Other Two, you play a showbiz mom. Is their reputation unfair?

The showbiz mom that I play has a very optimistic attitude. She has good family values, and she’s experiencing a new chapter. I don’t think all showbiz moms are bad. I’ve certainly worked with really nice ones.

I really like that my kids are just kids who go to school and have friends right now. I don’t feel like kids have to be working professionally.

Do your children enjoy having a funny mom?

I think they do. They ask me to do impressions a lot.

Do they put on old episodes of SNL?

In the show, you have to tell your son that his dad died because he was an alcoholic and fell asleep in the cold. Did your dad’s history with alcoholism make that scene easier or harder?

Absolutely easier. Because I understand that. And I loved performing it. It was funny, it was real, you could understand the wife’s compassion. My dad found AA when I was a teen. He would let me tell funny stories about him because he was like, Maybe that will help someone!, which I’m so grateful for. 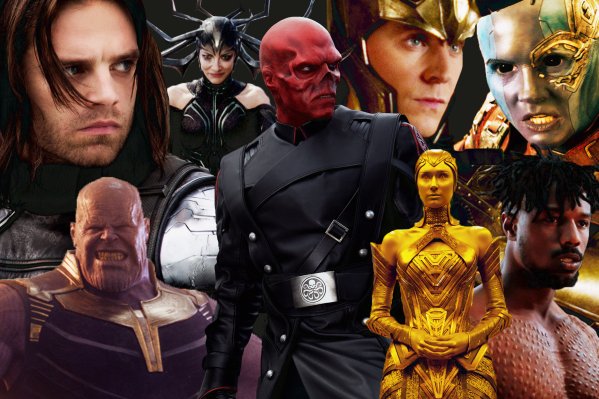 We Ranked Every Marvel Cinematic Universe Villain
Next Up: Editor's Pick