Why Japan's Traditions Help It Succeed in Modern World

Every morning, my Japanese wife Hiroko gets out of bed before dawn and boils hot water to make tea for her father. It hardly matters that he died six years ago. The household altar on which she also lays out his favorite snacks sits next to the boom box on which she’ll soon be blasting out Green Day’s “21st Century Breakdown.” When she gets a day off from the Paul Smith store where she sells semipunk English fashions, she travels two hours–each way–by train to talk to her grandmother, who left this earth in 1979. Hiroko still remembers how whenever she kicked a chair as a little girl, her father told her to apologize. The chair had a soul and heart too, he reminded her. What had it done to harm her?

Some of this may sound strange to the fashion-mad kids in Tokyo’s Harajuku district. The ancient capitals around which Hiroko and I live, Nara and Kyoto, take Japan’s traditions more seriously than do the rebuilt cities of modern Japan. And Hiroko in her autumn years is certainly more diligent about honoring old customs than she might have been in her springtime years. Yet the fact remains: on arriving in Kyoto in 1987, from midtown Manhattan, I was struck most by the trendy girls in fishnet stockings, the ubiquitous burger joints, the sound of pinball racketing through fluorescent shopping arcades. After 32 years around my adopted home, I’m most startled by the resilience of everything that’s old.

Geopolitically, this hasn’t been a blessing. Japan regularly finishes close to the bottom in all of Asia–far behind North Korea, Cambodia and Indonesia–when it comes to English-language proficiency. At Princeton, where I’m teaching this month, the classrooms are full of students from Shanghai and Mumbai and Singapore; I have yet to encounter a single one from Japan. As the number of international visitors to Japan has surged, from 5 million in 2003 to 31 million last year–the number may reach 40 million with the Tokyo Olympics next year–the country is eager to make foreigners feel at home. Yet what draws us visitors to the island nation is not how familiar it feels but how distinct.

Many might say, in fact, that Japan has not strayed far from the hermit kingdom it remained for more than 200 years, when any citizen trying to leave the islands was executed. In recent years it’s found that marketing its past is almost its only way of fashioning a future, economically. After urbanist Richard Florida at the University of Toronto measured 45 countries for their closeness to tradition, modern-seeming Japan came out No. 1. Culturally, this makes for an evergreen advantage: the birthplace of sushi and manga and ramen is in no danger of being mistaken for anywhere else. In an age of global migration, the continuity of Japan has become selling point as well as affliction.

I look at the calendar in my neighborhood in suburban Nara, and almost every event seems to speak for an agrarian, long-ago Japan that hovers around us as vividly as my late father-in-law does. Bonfires to propitiate the gods in the hope of a good harvest. A lantern festival illuminating the sacred forest around one of the country’s most revered Shinto shrines. A ceremonial cutting of the antlers of some of the roughly 1,200 wild deer that roam, untethered, through the city’s downtown. Japan’s retrograde treatment of women, of anyone who acts differently–of people as dark-skinned as I am–has left it increasingly out of sync with the global order; but I urge my friends to visit because even McDonald’s will be serving moon-viewing burgers to go with the harvest moon this September.

This month my neighbors are streaming out into temple gardens to bawl drunken songs under the frothing cherry blossoms. On May Day, a new imperial era arrives as Crown Prince Naruhito ascends the Chrysanthemum Throne. But changing constantly on the surface seems almost a way in Japan of ensuring that nothing changes very much deep down. Next month, and next year, Hiroko in her leather jacket will still be urging our daughter, on her days off, to make the long trip from her smoothie shop to pour fresh water on her great-grandmother’s grave.

Iyer, a contributor to TIME since 1982, publishes a new book, Autumn Light: Season of Fire and Farewells, on April 16 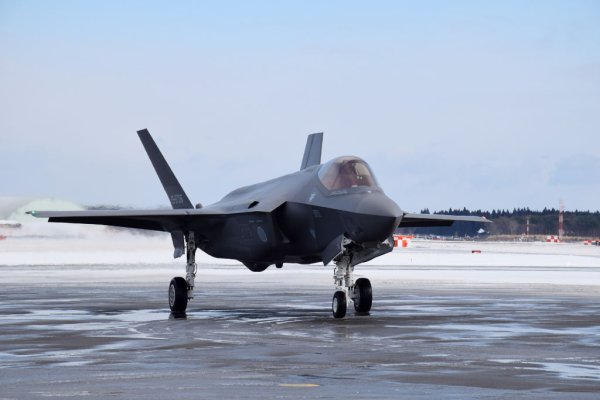 A Japanese F-35 Fighter Jet Has Crashed Into the Pacific
Next Up: Editor's Pick