Irish author Sally Rooney staked her claim as the first great novelist of the Millennial generation with her stunning 2017 debut, Conversations With Friends, which tells the story of a bisexual communist who expresses the emotions she can’t in person through emails and texts. That novel offers a nuanced portrait of modern romance, yet it closes on a surprisingly traditional, upbeat note — suggesting that our most familiar tropes die hard.

Rooney, 28, mines similar territory in her latest love story, the equally engrossing but still more conventional Normal People. This book’s protagonists, Marianne and Connell, are in many ways opposites: She comes from a cold, wealthy family, he from one that’s cash-strapped but rich in love; she doesn’t care what others think of her, he does. But they share an anxiety about achieving “normalcy” that bonds them.

They enter into an on-again, off-again relationship that takes them through high school and college. Depending on the context of the given moment, the power dynamics in the relationship shift: Connell is popular in high school and embarrassed by his connection with Marianne, but Marianne’s money buoys her up above him on the social ladder when they head off to college.

Rooney’s writing is at its best when the two clash. Each feels a simmering resentment about the other’s financial or social standing, leading to defensive intellectual debates. Rooney herself debated in college, and her characters often adopt philosophies they don’t believe in or conceal those they do believe in under layers of irony. Connell and Marianne spar “as if they were acting out an argument in which both sides were equally compelling, and they had chosen their positions more or less at random.” Their wry, well-observed dialogue keeps the pages turning and captures the youthful struggle of trying to find your place in the world.

But the book falters when its players succumb to damsel and hero archetypes. Marianne suffers from abuse at home, a fact she tentatively reveals to Connell. “He’d heard from guys in school that sometimes girls made up stories about themselves to get attention,” he thinks, “but he also knew, as clearly as he knew anything, that she hadn’t.” Connell, though well-meaning, is young and wholly unequipped to deal with Marianne’s vulnerability.

His aloofness, driven by typical teenage anxiety, only serves to further dampen Marianne’s self-esteem. After one of their breakups, Marianne concludes that Connell must have found her repulsive. “In a way, she feels sorry for him now,” Rooney writes, “because he has to live with the fact that he had sex with her, of his own free choice, and he liked it.” Marianne deems herself unlovable and, in between affairs with Connell, seeks out men who will treat her as such. He wonders if he can save her. A better question is whether it’s his responsibility to do so at all.

In recent years, many novels have tackled sexual and domestic abuse. But writers must push beyond clichés of bad men throwing beer bottles against the wall and good men saving the day. If only Rooney didn’t insist on Marianne’s white knight being her lover, rather than a friend, a counselor — or even herself.

Still, Rooney shines when she depicts how the waves of trauma consume both the victim and her romantic partners. The author offers a realistic portrayal of how two teenagers might struggle with the ramifications of one’s upbringing — and often fail one another in the process. The fallout of abuse remains a subject well worth exploring. Here, Rooney takes an admirable first step. 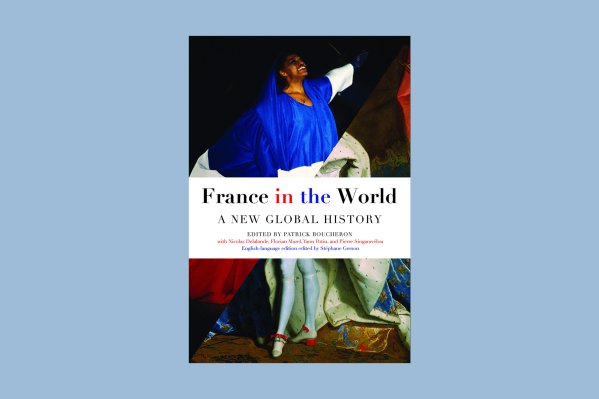 This Controversial History Book Is Causing a Stir in France and Beyond. Here's Why
Next Up: Editor's Pick