Your Kids Are Better With Money Than You Are

Millennials are on course to be the most educated generation in U.S. history. Looking just at the subset of those aged 25 to 29, one-third hold at least a bachelor’s degree—a higher percentage than the overall adult population. Yet all that studying has given them fewer economic advantages than they might have expected.

With so few good jobs available since the Great Recession, many Millennials experience underemployment the first few years out of college, if not much longer. They also exhibit troubling gaps in their ability to manage their own personal financial affairs.

This isn’t to say that college isn’t worth the expense. I’m not on that bandwagon, even though a strong case may be made against going into debt for a degree. What concerns me most is that such a well-educated generation, shouldering a $1 trillion student-loan nut, doesn’t know more about basic money concepts.

Only 14% of Millennials with a college degree could correctly answer five questions centered on inflation, investments and debt, according to a new analysis of the 2012 National Financial Capability Study by the Global Financial Literacy Excellence Center. About a third correctly answered the three simplest questions designed to measure rudimentary know-how.

Millennials have plenty company in this regard. Boomers haven’t been so great with money either, and are now reaching retirement age at the rate of 10,000 a day with unprecedented levels of debt and little savings. One big difference, though, is that many boomers still enjoy a traditional pension and can expect Social Security to provide a modest safety net until the end of their days. That’s much less likely for Millennials, and boomers didn’t start out with so much student debt either.

College-educated Millennials show encouraging financial aptitude in some areas. They are more aware of what it takes to build a nest egg than other generations, and they’ve done a decent job getting diversified. They are much more likely to have bank accounts, real estate investments, stocks and bonds, and retirement accounts than the general population, the excellence center found. For example, nearly all college-educated Millennials have a checking account (94%) or savings account (85%). About half own real estate. Nearly 40% own stocks, bonds, or mutual funds—a higher rate of investment than the general adult population.

In addition, 63% have at least one employer-sponsored retirement plan and 31% have an IRA or other retirement account that is not employment based—and 82% are making regular retirement savings contributions. These are impressive numbers for a much-maligned generation that appears to take saving and investment more seriously than boomers did at their age.

Still, for many Millennials, high levels of personal debt are a troublesome counterbalancing force. More than half have student loans, and roughly 40% have mortgage debt with about a third of those owing more on their home than they could sell it for. Half carry a credit card balance and about that many say they have trouble meeting their monthly obligations.

One in five has unpaid medical bills and fewer than half have any sort of emergency fund. This group also overuses inefficient financing means such as payday lenders and pawnshops. True to form, college-educated Millennials brim with confidence: 85% say they are good with day-to-day money management—given evidence to the contrary, a sign of overconfidence, the excellence center reports.

So the broad picture of college-educated Millennials is of a group that understands it needs to take money seriously, and demonstrates a willingness to learn and take action, but is struggling to overcome debt, a poor job market and having been thrust into a world without safety nets without much financial education. Millennials would benefit immensely from a financial institution that understands them—and can help with their debt management, the excellence center concludes. It would also be helpful to reach them where they are—on social media platforms—with clear, unbiased financial advice.

We should also leverage Millennials confidence by guiding them toward the best path as opposed to trying to shock them into a particular action. They’ve already shown they are willing. “Millennials do not want to be told what to do,” according to the excellence center analysis. “They want guidance that enables them to determine what is in their best interest and the tools to take action accordingly.” 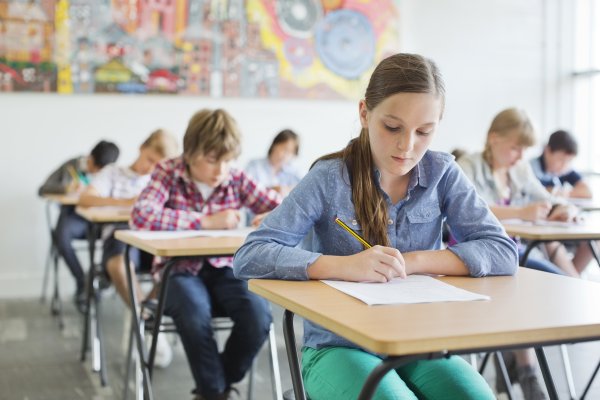 Kansas Argues Over Teaching Kids About Money
Next Up: Editor's Pick