"I Came Here for One Reason — To Attack and Keep Coming": The Ultimate Warrior's Best Rants

World Wrestling Entertainment Hall of Famer The Ultimate Warrior died Tuesday night after collapsing at a hotel in Arizona. He was 54 years old.

Back when the WWE was still the WWF, The Ultimate Warrior was part of a cadre of entertainers who entered the ring in face paint and lycra with sworn enemies and strict allegiances. The wrestler, who was born Jim Hellwig before he officially changed it to Warrior in 1993 (presumably to ensure that he never broke character), was a fan favorite, known for his intense entrances to the ring and awe-inspiring rants. His promotional videos were brilliantly terrifying, with the camera focused tightly on the Ultimate Warrior’s face as he let loose a guttural howl of words that almost made sense, but were somehow more nerve-wracking in that they didn’t. Luckily for the rest of us, much of his vitriol was reserved for his wrestling arch-nemesis, Hulk Hogan. Warrior’s legendary tears were equal parts throwing down the gauntlet and mind-blowing performance art.

As the world remembers the wrestling icon, TIME looks back at some of his best rants, including a video that lives up to its YouTube title of “Best Ultimate Warrior Promo Ever,” which includes quotes like this:

Here are a few of the Ultimate Warrior’s best promotional rants — with highlighted quotes:

“How should I prepare? Should I jump off the tallest building in the world? Should I lie on the lawn and let them run over me with lawnmowers? Or, should I go to Africa and let them trample me with raging elephants?”

“What happened tonight was already written, Hulk Hogan! What we must do is beyond us, Hulk Hogan! When I looked into your eyes I saw walls filled with fear!”

“You interfered with my pathways of communication to my warriors, Hulk Hogan! You, Hulk Hogan, control a force field around you that I am only beginning to understand!”

MORE: Holds Barred: Why the WWE Isn’t Going to Cable 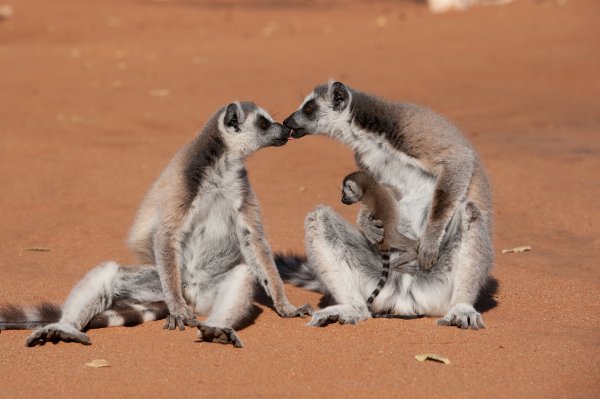 Lemurs Are Pop Culture's New Sloths
Next Up: Editor's Pick