Virginia Basketball Was Supposed to Be Boring. Hah!

In the hours leading into tipoff, Monday night’s NCAA men’s basketball national championship game, between Virginia and Texas Tech, received about as much love a blister on a big toe. Or a wart. Pundits and the general basketball populace wrote it off as an eyesore. Two of the best defensive teams in the country, sans transcendent stars, and worst off all, the game featured Virginia, the team that plays that plodding pace and grinds you into the ground. The message: you’re better off watching Mary Tyler Moore Show rerun than enduring the Cavaliers and Red Raiders.

Thankfully, Monday night’s affair, which Virginia won 85-77 in a riveting overtime victory, utterly failed to play to that type. And by the way, Virginia, which clinched its first title in school history and has now won 66 of its last 72 games over the last two seasons, can no longer be called boring, or bad for college basketball, with its deliberate style and pretty vanilla coach, Tony Bennett. Virginia—yes, Tony Bennett’s Virginia—has just delivered a historically entertaining national championship. Virginia, that Virginia, could be the most thrilling team in college basketball history.

Consider: has there ever been a team that won three straight games, in such an unlikely fashion, to close out a title run? Against Purdue in the Elite Eight, the Cavaliers were done, down two with six seconds to go, before Virginia point guard Ty Jerome missed a foul shot and freshman Kihei Clark chased down a loose ball and before throwing a 40-foot pass to Mamadi Diakite, who flicked in a short shot at buzzer to force overtime. (Virginia eventually won, 80-75). Then, on Saturday night, Virginia was done after blowing a ten-point lead late in the second half; until Kyle Guy got fouled while attempting a three-point shot in the final second: he made all three, giving Virginia a 63-62 win.

Then, on Monday night, Virginia blew another lead: the Cavaliers were up 10 points with a little over ten minutes left, and led by 8 at the 5:46 mark. No way could they pull off part III. And yet, Jerome found De’Andre Hunter, Virginia’s outstanding sophomore forward who scored a career-high 27 points against Texas Teach, alone in the corner, with the Cavaliers down three. I have to make this, Hunter said to himself. True, and he did. Virginia tied the game with 14 seconds left. Another overtime, another Virginia victory, as this time Virginia prevailed 85-77.

“They scored 85 points,” said Bobbie Paterson, grandmother of Virginia guard Kyle Guy, who finished with 24 points and was named the Most Outstanding Player of the Final Four. “How can you say that’s boring?”

So go ahead and call Virginia—the team that couldn’t even pull off a comeback against 16th-seeded UMBC, the team that blew the Cavaliers out in the opening round in last year’s tournament—the most exciting college hoops team ever. Virginia junior Braxton Key, who played 28 minutes off the bench on Monday, is with me. “Yes, I think your thesis is very accurate,” says Key. “Those three games, back to back to back, to have crazy finishes … wow, I never thought of that.” He laughs, knowing Virginia flipped all preconceptions.

After a slow start—and lots of Twitter snark about Texas Tech’s 3-2 lead at the first media timeout—the national title game more than exceeded its minimal expectations. The second half, in particular, featured an NBA-level duel between Hunter and Texas Tech’s Jarrett Culver. Hunter won it handily, as Culvert struggled from the field, shooting 5-22—and 0-6 from three-point range—and finishing with 15 points. Hunter wasn’t scoring much in the first half, as he shot 1-8 from the field. But Jerome, in particular, told him to keep looking for this opportunities to score. “He told me he loves aggressive me,” Hunter says.

After the confetti fell and the team watched “One Shining Moment” on the U.S. Bank Stadium Jumbotron, Jerome buried his head on his mother’s shoulders, sobbing. After the UMBC loss last year, Jerome’s mom and dad stayed up until 2 a.m. in the team hotel in Charlotte, consoling him. “We couldn’t believe what happened,” says Jerome. “We thought we were going to win it last year. And we obviously weren’t ready for it. A lot of years. I just went back to Charlottesville, I remembered that feeling. I put a plan together for the summer. And we got better.”

As he was talking on the confetti-strewn court, Jerome cradled the championship trophy. After everyone wrote off Virginia for becoming the first No. 1 seed to lose to a No.16, the title tastes even sweeter. “You can criticize, you can argue the system doesn’t work, you can argue we’re not talented,” says Jerome. “We’re national champions. You can’t say anything.”

“Hey, I love the way we play,” says Virginia associate head coach Jason Williford from the victorious Virginia locker room. “We’re never going to apologize for that. I’ve heard it all. You couldn’t win. You can’t recruit guys. You’re not going to go to the pros. Well, guess what? We’re the national champions.” 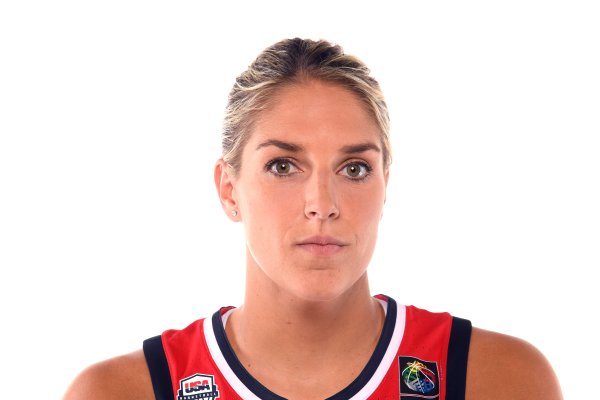