This Is the First Picture of a Black Hole — And That's a Big, Even Supermassive, Deal

A picture of a black hole is one of those great, self-negating concepts, like the sound of silence, the presence of absence or the lives of the dead. The nature of one refutes the other. But a picture of a black hole has arrived nonetheless — revealed Wednesday morning in simultaneous press conferences held in six different locations around the world.

At those events — in Washington, Brussels, Santiago, Shanghai, Taipei and Tokyo — astronomers gave humanity its first look at the black hole at the heart of the Messier 87 (M87) galaxy, nearly 54 million light years from Earth. With that, astrophysics opened one more tiny crack in the wall of secrets that is the universe:

The image reveals the black hole at the center of Messier 87, a massive galaxy in the nearby Virgo galaxy cluster. This black hole resides 55 million light-years from Earth and has a mass 6.5-billion times that of the Sun.
National Science Foundation

“We are delighted to report to you that we have seen what was thought to be unseeable,” said Shep Doeleman, Harvard University senior research fellow and director of the Event Horizon Telescope (EHT), at the announcement at Washington’s National Press Club. “We now have visual evidence. We know that a black hole sits at the center of the M87 galaxy.”

True to the nature of the science, the picture does not show the black hole itself. The defining feature of all black holes is that they are so dense, generating a gravity field so powerful, that nothing, not even electromagnetic energy — which, of course, includes visible light — can escape their pull. What the picture reveals instead is the black hole’s so-called event horizon, the swirl of gas and dust and stars and light itself, circling the gravitational drain, before they’re sucked inside never, ever to reemerge.

In April of 2017, a global web of eight radio telescopes located in six places (Chile, Mexico, Spain, Hawaii, Arizona and the Antarctic), the collective network that makes up the EHT, began surveying the Messier 87 black hole, as well as the black hole at the center of our own Milky Way galaxy. Seeing any sign at all of either formation was no small achievement.

“The light from the M87 black hole has to travel for 60,000 years through its own galaxy, then for 55 million years across interstellar space,” said Doeleman. “Then it had to make it through our atmosphere, where the greatest enemy of the photons is water vapor.”

For that reason, all of the telescopes are deployed in places where the air is generally dry and generally clear — though not always. Simple bad weather could stymie even the most sophisticated plans, but the EHT team caught a break.

“We were very lucky,” said University of Arizona astronomer Dan Marrone, of the EHT team. “Our first three days of observing were some of the best we’ve ever seen.”

The black hole at the center of our galaxy goes by the name Sagittarius A*. It has a mass equivalent to about 4.1 million of our suns. While that earns it the sobriquet “supermassive black hole” (more common black holes can be as small as five solar masses), it’s actually something of a pipsqueak as these things go. It measures perhaps 24 million miles across, or about a 50 billionth the size of the galaxy. Trying to take an image of that from the 26,000 light year distance at which the Earth sits from the center of the Milky Way is like trying to spot an orange on the surface of the moon—with the naked eye. (A picture of Sagittarius A* was not released Wednesday, but will be in the future.)

The black hole at the center of M87, by contrast, has a mass equivalent to 6.5 billion suns, or 1,585 times bigger than our own black hole. But at 2,700 times the distance, it was even harder to see. Never mind the orange on the moon, Doeleman said: “This is the equivalent of being able to read the date on a quarter in Los Angeles, standing here in Washington, D.C.”

One thing that made the work possible was not just the number of telescopes collaborating in the search, but their geographic distribution. The distance among the detectors — especially the 9,000-mi. north-south stretch from Spain to Antarctica — effectively means a collection dish nearly as big as the Earth itself.

“More than five decades ago, this concept, called very long baseline interferometry, was developed,” said France Cordova, Director of the National Science Foundation, which coordinates the EHT. “This team took that concept to a global scale.”

The collection of the data was completed in barely a week, but the collation and analysis of it took the better part of the past two years. The researchers from the different observatories divided into four teams and worked independently, sharing no information among themselves about preliminary results, lest they influence or contaminate one another’s data. Each team generated its own image of the M87 black hole from the data it had collected — and then they regrouped.

“We brought everyone back together in April of 2018,” said Marrone. “We revealed to one another what we’d gotten, and we had four wonderfully similar pictures.”

Integrating all of that imagery into the single picture that was revealed Wednesday presented a logistical challenge all by itself, since the teams had amassed five petabytes of data on half a ton of hard drives. No web-based system could handle all that, and instead, the data was transferred in a decidedly old-school way, with the hard drives physically flown to a Harvard lab, where the image integration was done.

The true wonder of the of Wednesday’s big unveiling, of course, is not how the images were created, but what they will eventually reveal. For one thing, the mere fact that two black holes of such radically different scales were within reach of the EHT detectors will provide a much richer mix of data. Sagittarius A* is a relatively quiet black hole, with an accretion disk — the ring of matter and energy that orbits the event horizon — that is relatively dim. The black hole still has the power to swallow stars, it’s just not swallowing many.

The black hole at the center of M87, meantime, is ravenous, sucking in matter and blowing out jets of supercharged particles that approach light speed and extend for 5,000 light years. “It’s really a monster,” said astrophysicist Sera Markoff of the University of Amsterdam, another member of the EHT team. “It’s almost the size of our entire solar system, with jets that can penetrate its entire galaxy.”

The EHT is by no means finished with its black hole work. Three new telescopes are being brought online—in Greenland, France and another in Arizona—and a second observing run was already conducted in April 2018. That data is now being analyzed, too, with much more surely to come. Virtually all large galaxies are thought to be organized around a central black hole. The known universe contains anywhere from 200 billion to 2 trillion galaxies, and while there’s a great deal of debate on the exact number, there’s no denying that the sample group is huge. We will never survey them all; we will surely survey more. And now, at last, we know how to do it. 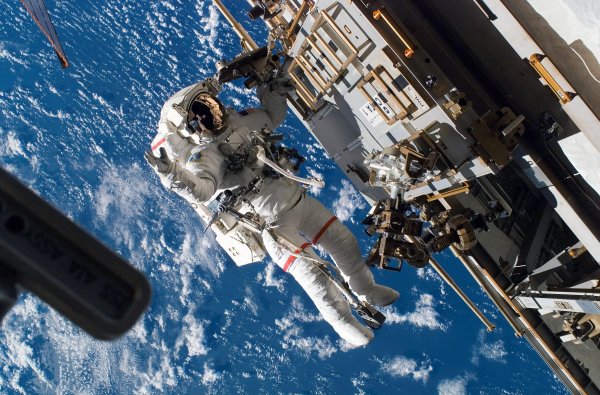