Victor Hugo’s Les Misérables is a novel of ideas—elemental ones about class, politics, gender, the justice system and human nature. That much would be obvious if the frequently adapted book were still anywhere near as popular as the melodramatic 1980 musical version, which leapt from global stages to the big screen in 2012. The makers of the latest adaptation, a six-part BBC miniseries arriving in the U.S. via PBS’s Masterpiece on April 14, set out explicitly to restore the novel’s ideological potency. “I absolutely hated the musical!” screenwriter Andrew Davies has said. “I just wanted to rescue this great book.”

This is, after all, the story of two warring men who represent diametrically opposed points of view on humanity. Reformed criminal Jean Valjean (Dominic West of The Affair) is a case study in Hugo’s belief that kindness and generosity can change a person for the better. His nemesis Inspector Javert (Selma star David Oyelowo) pursues Valjean obsessively over the course of two decades—a crusade driven by his certainty that crime can only come out of incurable degeneracy, even if that crime is stealing a loaf of bread so your family doesn’t starve. Destitute, disgraced and friendless, single mother Fantine (Okja‘s Lily Collins) is on hand to illustrate the maddening position of working-class women in post-Napoleonic France.

Her operatic storyline—which quickly escalates from a betrayal by the gentleman who fathered her daughter to penury, disease, street prostitution and the selling of teeth—may be the hardest to adapt in a way that feels relevant today. Despite his stated aim of modernizing Les Miz, Davies (a BBC stalwart best known for the 1995 Pride and Prejudice miniseries that made Colin Firth as a sexy Mr. Darcy) makes no palpable effort to give Fantine an internal life. Pulled from love to tragedy by forces beyond her control, she’s a woman defined by the horrors she suffers. Her plight remains as stagy as it was onstage.

Davies and director Tom Shankland show far more investment in bringing Valjean, Javert and the political chaos of 19th-century France into the present. Not that it’s particularly difficult to locate those parallels. (“So long as ignorance and misery remain on earth, books like this cannot be useless,” Hugo famously wrote in his preface.) “This huge difference between the haves and have-nots still exists,” Davies explained to The Guardian. “People are taking to the streets in Paris right now, but the inequalities are here in Britain too. And you wonder if anything has been learned.” His characters speak in much the same way.

For viewers in the U.S., there are additional timely echoes of mass incarceration, the exploitation of underpaid prison laborers and the rise of a young, fired-up left. The translation for 21st-century sensibilities isn’t perfect, however. It’s exciting to see the BBC subvert the whiteness of the European canon by recruiting a diverse cast; great actors shouldn’t be limited by the color of their skin. Yet, at least for Americans years into the Black Lives Matter movement, casting Oyelowo as the cop to West’s inmate can feel like a way of sidestepping the racially biased aspects of the criminal justice system.

It’s just unfortunate that such thematic depth comes at the expense of engaging storytelling. Six hours may seem luxurious, but it’s a tight squeeze for the 1500-page tome. As the miniseries jumps from one classic scene to the next, what’s lost in the script, if not in the acting, is the slow process of character development. Though their motives are legible, it’s hard to get a sense of Valjean and Javert—and, in the final episodes, the group of radicals whose revolution escalates from the barroom to the barricades—as people. The dialogue reduces all of these indelible characters to mouthpieces for points of view. More creative directing could’ve mitigated against this flatness, but Shankland (whose direction moved nimbly between genres and styles in the first season of The Missing) sticks surprisingly close to period-drama boilerplate.

Not that this Les Miz is a disaster on par with Russell Crowe singing. As in so many Masterpiece offerings, the performances are superb, from West’s wrenching turn as a good man made to believe he’s evil to the subtle fragility of Oyelowo’s misguided Javert. It’s a treat to see recent Oscar winner Olivia Colman (The Favourite) and Adeel Akhtar (The Big Sick) play opposite one another in quasi-comic roles as venal antagonists the Thénardiers. Still, in the inevitable next adaptation, I hope to learn as much about who the characters are as I do about what they mean. 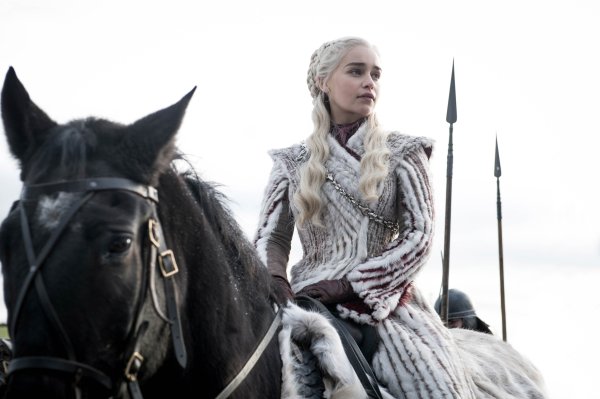 Breaking Down 10 of the Most Likely Game of Thrones Season 8 Fan Theories
Next Up: Editor's Pick