Gunmen in Kuala Lumpur on Thursday apparently failed in their attempt to assassinate two Burmese nationals, one of whom was a legislator.

According to Burmese broadcaster DVB, MP Aye Maung, and the President of the Arakan League for Democracy, Aye Thar Aung, were fired upon by men on a motorcycle as they returned to their hotel in the Malaysian capital yesterday.

The two politicians, from Burma’s Rakhine state, were reportedly visiting Malaysia in a personal capacity. There is no official word yet on who was behind the shootings, and no one was injured.

The violence follows the massacre of at least 48 ethnic Rohingya in Rakhine State last month by Buddhist mobs and policemen. The Muslim Rohingya have been subjected to a concentration camp-like existence since ethno-religious violence flared in the restive region in June 2012.

The deplorable conditions and constant intimidation from Rakhine Buddhists and government authorities has pushed thousands of Rohingya to escape Burma by sea. Many settle in Malaysia.

Burma-related violence has been exported elsewhere in Southeast Asia. In Indonesia last year, Islamic extremists attempted to bomb the Burmese Embassy in the capital Jakarta, saying they wanted to exact revenge for the ongoing persecution of the Rohingya.

A bomb was also detonated at a Buddhist center in western Jakarta last August, causing minor injuries. The perpetrators said they were responding “to the screams of the Rohingya.” 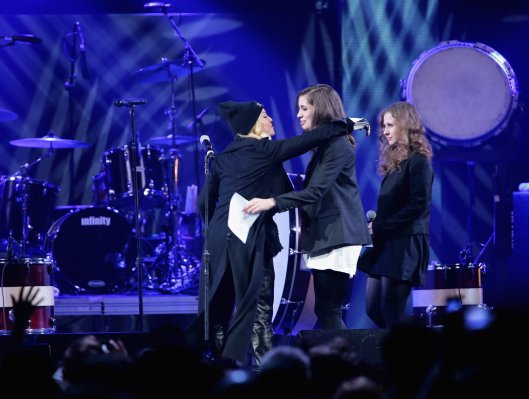 Those Two Pussy Riot Women? They're Not Actually in the Band Anymore
Next Up: Editor's Pick