It’s been the better part of a decade, and everyone really, really wants to know how Game of Thrones ends.

That was the sentiment expressed in last night’s Saturday Night Live opening monologue, when host Kit Harington, known for playing Jon Snow on Game of Thrones, was flooded with questions about how the long-running fantasy show will end.

HBO’s Game of Thrones launches into its final season on Sunday, April 14, and series’ ending has been subject to nearly endless debate by fans.

Harington’s SNL monologue started out like any other, with the 32-year-old actor delivering jokes about the New York Yankees and his own spotty acting career. Then he was forced to fend off a series of questions about the popular show’s ending — many from his own fellow cast members.

“Could you just give us a general sense… of how it ends?” asked Emilia Clarke, who plays Daenerys Targaryen on Game of Thrones.

“Emilia, you’re in the show,” Harington responded. “You know already.”

“Well yeah, but, you know, I forgot,” she said. “It’s been so damn long since the last season. Plus a lot of my scenes are talking to a dragon, which is just a tennis ball on a green pole.” 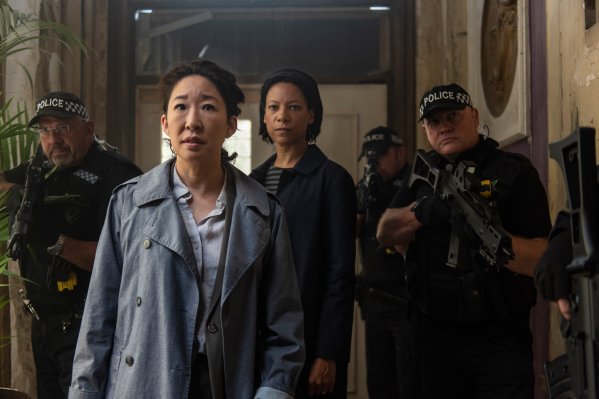 In Season 2, Killing Eve Is Still the Most Exhilarating Show on TV
Next Up: Editor's Pick