If the Game of Thrones season 8 premiere was all about the reunions, then episode 2 was mostly, endearingly all Battle of Winterfell buildup.

It’s clear we’re in ratcheting up territory. But that didn’t stop the world-devouring phenomenon from reliably giving us some downright hilarious memes of unforgettable moments before the major showdown.

So many shocking and beautiful things have happened in Westeros, and the fans have gotten through every gut-wrenching development with jokes.

Every week, TIME is naturally recognizing the show that was born to be endlessly recycled and interpreted with jokes with a meme round-up.

Here are the best memes of Game of Thrones season 8 episode 2, “A Knight of the Seven Kingdoms.”

Another dig at Kit Harington’s height

The things we do for love

Brienne getting knighted and Brienne and Jamie’s general excellence

We’ll all have what Tormund’s having

The meaning of an Arya Gendry union

Tyrion being an excellent host despite Brienne’s orders

End of the world connections 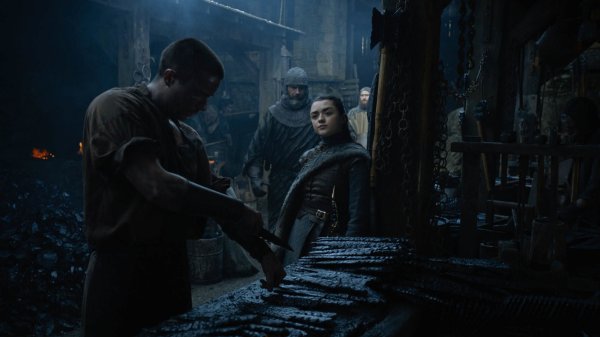 Why It Matters If Arya and Gendry Are More Than Just Friends on Game of Thrones
Next Up: Editor's Pick