This College Basketball Team Banned Smartphones. Now It's in the Final Four

The Texas Tech Red Raiders run the court with linked arms during practice prior to the 2019 NCAA men's Final Four at U.S. Bank Stadium on April 5, 2019 in Minneapolis, Minnesota.
Streeter Lecka—Getty Images
By Sean Gregory/Minneapolis

Texas Tech men’s basketball team, the parents of America salute you. Our country’s coaches also offer a hearty thanks, as does any teacher who’s had to battle an electronic device for attention. Why are millions of us so grateful to the Red Raiders? Well, because of your actions, we can now — with a straight face — tell our children, our players, our students that if they just put down their stupid phones and go to sleep already, they too can make the Final Four.

These Red Raiders aren’t just a very fine basketball team that will face Michigan State in Saturday’s second national semifinal, in Minneapolis (Virginia plays Auburn in the first game, which tips off at 6:09 eastern). They’re also borderline heroes who’ve done more to prove the power of a tech disconnect than a dozen Ted Talks combined.

Texas Tech’s glorious work all started before a Feb. 9 road game at Oklahoma. The Red Raiders had just lost three straight road games against conference opponents (Baylor, Kansas State, and Kansas). So senior captain Norense Odiase, a 6’9″ center from Fort Worth, came up with an idea: let’s bag up all our cell phones before bed. “Get locked in,” says Odiase. “No distractions.” The players complied — some with more protest than others — and Texas Tech won 66-54 the next night. A routine was born.

Texas Tech’s third-year coach, Chris Beard, already has no love for cell phones: he bans them at team meals, and at a two-day team bonding retreat at a ranch some 100 miles south of Lubbock, his players surrendered their devices. (They did karaoke instead of scrolling through Instagram). So Beard pushed Odiase’s idea even further: cell phones would be collected on all nights of a road trip, not just the night before a game. “That was never my idea,” says Odiase. “Some of the guys give me some stuff for that.”

They shouldn’t: Tech’s a cool 13-1 since the Odiase-ordered ban. Every night at a hotel, Texas Tech junior manager Cooper Anderson knocks on player doors around 11, to collect the contraband. He puts them in a red and black Texas Tech cooler bag (without the ice). He hears a smattering of groans: senior Bradone Francis, according to Anderson, gives him the most gruff. “He’s a good guy,” says Anderson. “But he likes his phone a lot.” I asked Francis about his feelings on the ban, but by the time he looked up from his phone to offer an answer, he had to leave for practice.

Indeed, the ban has required some adjusting. “At first, it was tough,” says sophomore guard Parker Hicks. “Our whole generation wants to look on our cell phones.” Hicks was used to idling away on Twitter before hitting the hay. “Actually having to lay there and actually go to sleep is kind of different,” says Hicks. “You look at the ceiling and look at random things. Count to ten or something. Count the sheep.”

The upside of unplugging, however, has become clear. Ever since Texas Tech beat top-seeded Gonzaga in the Elite Eight to clinch a spot in the Final Four, Tariq Owens’ phone has exploded. Everyone’s reaching out to him. “Just to be able to get away from it, just live in the moment, feels great,” says Owens, who before transferring to Texas Tech as a graduate student, played at Tennessee and St. John’s. “I know this for a fact, not a lot of teams would be happy about it. This is the kind of culture we have. Guys don’t care about it. We’re locked into more important things than cell phones.”

So you can cut down the nets. 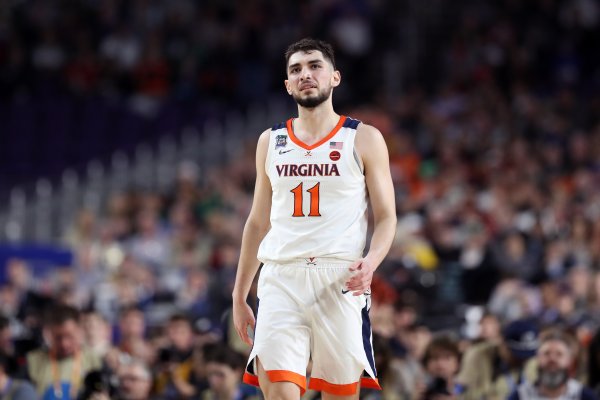