Pakistani soldiers stand next to what Pakistan says is the wreckage of an Indian fighter jet shot down in Pakistan controled Kashmir at Somani area in Bhimbar district near the Line of Control on February 28, 2019.
STR—AFP/Getty Images
By Iain Marlow / Bloomberg

(Bloomberg) — India’s statement that its air force shot down one of Pakistan’s U.S.-built F-16 aircraft during a military flareup in late February appears untrue, according to a report by Washington, D.C.-based Foreign Policy magazine, which cited two U.S. defense officials it didn’t identify.

A U.S. count of Pakistan’s F-16 jets revealed none to be missing, the U.S. officials told Foreign Policy, undercutting India’s position that its air force shot down a Pakistan Air Force jet in a clash that also led to the loss of a Soviet-era Indian Air Force MiG-21 Bison.

The aerial clash over Kashmir followed an Indian air strike on what New Delhi said was a terrorist training facility inside Pakistani territory.

Islamabad has said consistently that it did not lose an F-16, that it had deployed JF-17 jets jointly built with China against India and that it had destroyed two Indian aircraft, as opposed to the one downed jet India has confirmed. “No Pakistani F16 was hit by Indian airforce,” a statement from Pakistan’s military released Monday reads.

“Truth always prevails,” Pakistan’s army spokesman Asif Ghafoor said in a tweet on Friday. “Time for India to speak truth about false claims and actual losses on their side.”

Indian foreign ministry spokesman Raveesh Kumar did not immediately respond to a phone call and text messages for comment on Friday. In a previous statement in early March, Kumar had said “there are eye-witness accounts and electronic evidence that Pakistan deployed F-16 aircraft and that one F-16 was shot down” by an Indian pilot. 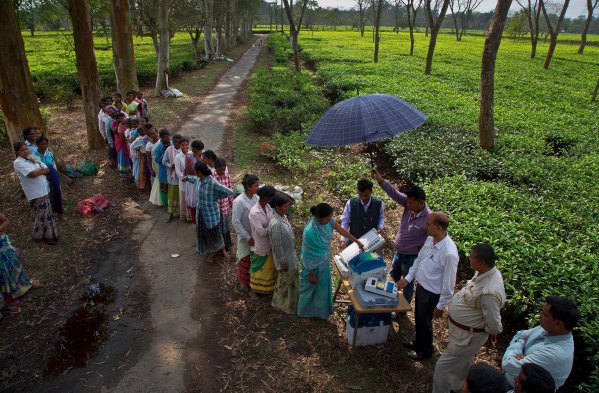 India Goes to the Polls in High-Stakes Elections
Next Up: Editor's Pick