The Trump Administration has put on hold a previously reported sale of jet fighters to Taiwan until the United States seals a trade deal with China, three Administration officials told TIME on Thursday.

That decision has contributed to concern among some in the Administration that the President may soon go soft on China in his desire to secure a trade deal. The draft trade agreement currently under negotiation would boost Trump’s political fortunes and ease the jittery stock market, but it is unlikely to address many of the issues at the core of the U.S.-China trade dispute, said the U.S. officials, who spoke anonymously because they aren’t authorized to discuss the matter publicly.

The move underscores the complexity and difficulty of balancing U.S. relations with an increasingly powerful China against the American commitment to help Taiwan defend itself. The White House’s initial decision, first reported late last month, to offer tacit approval for Taiwan to buy 60 Lockheed Martin F-16V fighter jets was widely seen as a U.S. show of strength against China.

The sale would be the first time the U.S. has sold F-16s to Taiwan since 1992. While the U.S. has a statutory obligation to aid Taiwan’s defense in its decades-long standoff with China, recent administrations have stopped short of allowing the island to buy new fighter jets. The Trump Administration’s apparent pause on the arms sale therefore represents a new deference to China.

The U.S. officials who spoke to TIME noted that the Trump Administration’s decision to temporarily set aside the Taiwan arms sale has not rattled Taipei. Taiwanese officials remain confident that the arms sale will be completed after the U.S. and China reach a deal, and that reduced Sino-American tensions are seen as better for the island than allowing the countries’ trade dispute, which has resulted in more than a year of damaging, retaliatory tariffs, to escalate, they said.

Congress must also approve of any arms sales to Taiwan, and the Administration has yet to submit that request to lawmakers. The State Department, which opposed the proposed arms sale, has also called for an interagency meeting to determine whether the U.S. can sell Taiwan M1 tanks, according to an Administration official.

All foreign sales are coordinated through the State Department, which offered an emailed statement to TIME on Monday: “While as a matter of policy we don’t comment on potential or pending arms sales cases before they are formally notified to Congress, some recent reports citing anonymous administration officials regarding internal USG arms sales processes are not factual.” The State Department did not specify which reports regarding arms sales processes were incorrect.

President Trump said on Thursday that his Administration is “getting very close to making a deal” and predicted that the U.S. and China would reach an agreement “within the next four weeks or maybe less.” An agreement would pave the way for a summit between Trump and Chinese President Xi Jinping, where they would sign the deal later this year.

“We are rounding the turn,” Trump said in the Oval Office Thursday. “We have a ways to go, but not very far.”

The unresolved issues as of Thursday evening centered in large part on which tariffs would stay in place and how and when the deal would be enforced. Trump appeared to be open to a 2025 deadline for China’s compliance, a timeframe that extends beyond any Trump presidency and makes enforcement challenging, two officials said Thursday. Many China hawks say the deal could be rendered nearly meaningless without strong enforcement measures. Such a lengthy timetable would make it more difficult to punish Chinese violations by imposing new tariffs or raising existing ones, said two of the officials.

Other important issues, such as intellectual property theft, cyber espionage and state support for industry, are likely to be left unaddressed even as they in part undergirded the arguments for tariffs in the first place, these officials said.

Both Democratic and Republican lawmakers have been critical of the Trump Administration’s reported draft deal with China. Sen. Marco Rubio, a Florida Republican, said on Twitter Thursday that a good deal required “real enforcement mechanisms” and to “allow us to do in China what they can do in US.”

With reporting by W.J. Hennigan 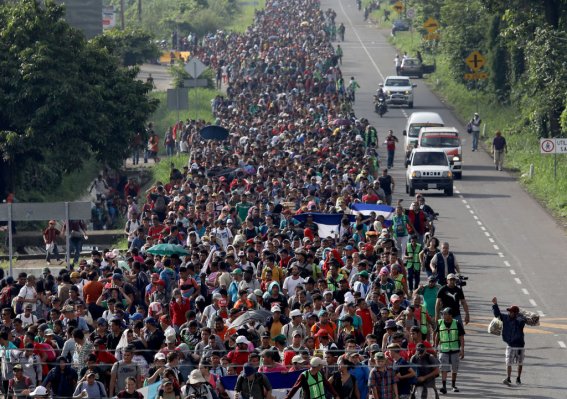