Cast members from every season of Game of Thrones gathered at the Radio City Music Hall in New York City on Wednesday night to celebrate the official premiere of the beloved show’s eighth and final season.

While the show won’t be available to fans until it debuts on HBO on April 14, Jon Snow, Daenerys Targaryen and Sansa and Arya Stark all walked the red carpet as their human counterparts alongside many characters who were deceased, such as Sean Bean’s Eddard Stark and Jason Momoa’s Khal Drogo.

Ahead of the screening of the first episode which included a special cautionary warning from Sansa and Arya Stark about the consequences of not following the rules of the event, series creators David Benioff and Dan Weiss introduced the full cast of Game of Thrones, welcoming not only the stars of season 8, but many of the deceased characters who had departed the show.

Watching the final premiere of a show that’s been such an integral part of pop culture was undeniably emotional, something that Emilia Clarke, who plays the inimitable Daenerys, summed up nicely to The Hollywood Reporter.

“This is bonkers. I feel great, and weird, and strange.” 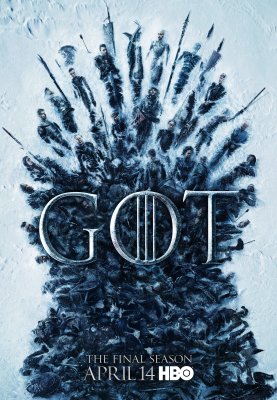