Biographer Robert Caro Pauses as He Prepares His Final Lyndon B. Johnson Volume

‘I was always too fast, and wanted to make myself think things all the way through.’ —Robert Caro, on his work habits
Phil Penman
By Karl Vick

The desk in Robert Caro’s office has a rounded notch, a clean little half circle that lets him snug his wooden chair into his custom-made workstation. Instead of legs, the top rests on a pair of sawhorses. Shims raise the surface to where his elbows naturally rest when Caro’s pen rolls across the white legal pads on which he writes the first drafts of his epic biographies.

The height was calibrated by President John F. Kennedy’s personal physician, Janet G. Travell, M.D., a specialist in back pain whom Caro sought out after hurting himself playing basketball. Travell decided to assess his condition by watching him work. “So she sat on the floor in my office, and she said to me, ‘Do you know you sat at your desk for three hours without moving?'” Caro recalled. “She said, ‘I’ve never seen anyone concentrate like you.'” When he finished The Power Broker: Robert Moses and the Fall of New York (1974), Caro dedicated it to his researcher, Ina, who is also his wife, and to Travell, who made possible all that would follow.

“The most comfortable position in the world is not lying in bed,” Caro says. “It’s sitting at this desk.”

It’s where America’s most honored biographer has spent much of the past five decades, grinding out the first four books of what was conceived as a trilogy, the magisterial The Years of Lyndon Johnson. Now 83, Caro has paused in the work of the final volume to publish Working, a conversational, behind-the-scenes compendium addressing the questions he hears most often, starting with, Why do your books take so long to write? Eight years passed between The Path to Power, the first in the Johnson series, and Means of Ascent (1990), a dozen more before Master of the Senate and another 10 until The Passage of Power, which delivered LBJ to the White House.

The first 100,000 words of the untitled finale lie in a wooden inbox on the desk. I read the first words upside down and, since he didn’t tell me not to, will report that Chapter 1 begins, “When he was young …”

“It’s the end of ’65 and beginning of ’66,” Caro says. “Johnson is doing two things at once.” He is passing the landmark legislation–Medicare, Medicaid, Voting Rights–that constitute what Johnson called the Great Society and that we just know as modern America. At the same time, the same President is sending thousands of young men to die in a war he privately acknowledges cannot be won.

“In a way, you see all the sides of Lyndon Johnson: his secrecy, his penchant for secrecy and deceit,” Caro says, closing his eyes to concentrate. “And his legislative genius. He had this genius for turning or transmuting–I just wrote this–for transmuting compassion into law. A lot of politicians have liberal desires. Very few know how to turn that into laws. So it’s actually, to be honest with you, it’s sort of a thrilling–well, I don’t say I’m writing it thrilling, I don’t say I’m writing it well. But it ought to be thrilling.”

Caro never says he’s writing it well. But as he points out early in Working, his problem has always been that actually words come a little too easily to him. “You’re never going to achieve what you want to, Mr. Caro, if you don’t stop thinking with your fingers,” a professor told him at Princeton, where he had taken creative writing. Speed was no drawback at Newsday, the Long Island tabloid where he excelled as an investigative reporter in the 1960s. But when he decided that the only way to explore the question presented by Moses–for 44 years the most powerful political figure in New York State, and never elected–was by writing a book, measures were taken. Caro resolved to know everything there was to know before sitting down to write. And when he did, it would be in a coat and tie, and in longhand.

“It’s all to slow myself down,” he says. “I was always too fast, and I wanted to make myself think things all the way through.”

So what one enters, on the threshold of the Manhattan apartment Caro uses as an office, is a controlled environment. It’s a new place but doesn’t feel like it. The walls are as bare as in the apartment he used for the previous 22 years, except for the corkboards that hold long, typed passages. On the ergonomic desk is the only electric typewriter he has ever used, a Smith-Corona Electra 210, mentioned in so many profiles that readers send him their old ones, which he cannibalizes for parts. (He’s down to 11 reserves, from a high of 14.)

Caro types the second draft triple-spaced, to leave room for further revision, using the same brand of pencil Newsday stocked in his day. He also makes copies. “I got enough carbon paper for the rest of my life,” he says. The duplicates go home with him each evening, to be placed above the refrigerator, his version of the cloud.

There is nothing talismanic to any of it. Just tools. An IBM ThinkPad rests on the corner of the desk, its jaws open a quarter of the way. He got it after an archivist at the reading room of the Johnson presidential library in Austin told him there had been complaints about the sound of his typewriter.

“They don’t really love me down there,” he says.

What animates Caro, in his stillness, is comprehension. He lost his mother at age 11, and at the private school Horace Mann, he found his calling at the school paper. “I always had this desire, and I don’t know where it comes from, to find out how things work and explain them to people,” he says.

What fascinated him as a reporter was the nature of power, its sources, exercise and impacts. He credits his editor at Knopf, Robert Gottlieb, with putting him onto LBJ but emphasizes that what he’s chronicling are stretches of America, the times that formed his subjects and that they in turn formed. How much of the segregation of New York City was captured in what Moses said to him after slamming down a telephone: “They expect me to build playgrounds for that scum floating up from Puerto Rico!” But Caro would not have been allowed into the man’s office had he not been relentless, demonstrating through hundreds of interviews and years of research (he got Moses’ own carbons) that resistance was futile.

The author reaches for a paperback of one of the Johnson volumes and flips to the back. A lawyer who was also a friend, Andy Hughes, vetted the Moses book as a favor and then was hired by Knopf to scour a couple of the Johnson volumes. But the acknowledgment on page 1,045 recognizes more than friendship: “I’m aware of all the problems that my possibly excessive attention to detail has caused.”

The lawyer died a while back. “My doctor actually said to me, talking just socially, he said loneliness is an epidemic in New York City now,” Caro says. “And I’m suddenly thinking how many of our friends have died. We have a New Year’s Day party each year, and I had to cross off so many names …”

Caro has slowed down himself, of course. He started ending his day earlier after realizing that what he’d written in the later hours did not hold up in the morning. But he’s always back at his desk at 9 a.m. “I mean I’m still working,” he says. “I still do it the same way.” 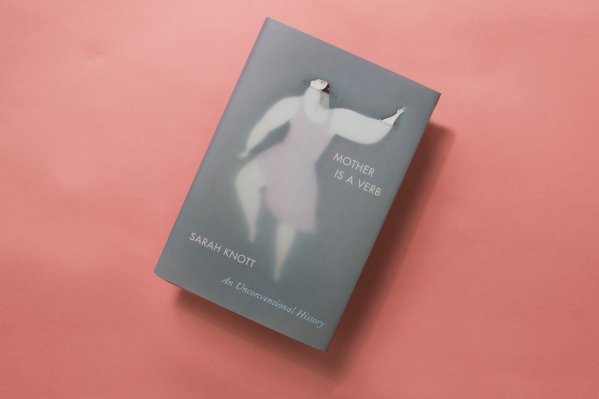 Why History Looks Different Through a Mother's Eyes
Next Up: Editor's Pick