According to the IRS, 80.7% of tax returns processed through March 22 have resulted in refunds
Getty Images
Ideas
By Daniel Hemel
Daniel Hemel is an assistant professor at the University of Chicago Law School and a visiting professor at Stanford Law School.

For most American households, April showers bring May flowers and, even better, tax refunds. In 2018 roughly 73% of individual income tax filers received money back, averaging a refund of $2,899. In many ways, that’s a good thing. But it also means that millions of households are together missing out on billions of dollars.

Despite worries earlier this year about shrinking refund checks, the latest IRS statistics suggest that the share of taxpayers receiving refunds and the size of their checks are roughly in line with where those figures stood at the same time last year. This is encouraging news: our tax system functions much more smoothly when the majority of taxpayers are due a refund at filing time.

The catch is that the IRS does not pay interest to people who overpay–that is, who have more money withheld from their paychecks or who make larger estimated tax payments than what they actually owe. This means that overpaying your taxes is equivalent to depositing your money in a savings account with an interest rate of zero.

Some taxpayers have complained over the years about an asymmetry here: since the IRS does charge interest to underpayers, why doesn’t it owe interest to overpayers? They have a point: indeed, there is a strong argument that Congress should change the law so that overpayers receive interest–giving them not just a refund but a market-rate investment to boot.

There are plenty of reasons for policymakers to encourage overpayment. For one, it’s a lot easier for the IRS to cut a refund check than to squeeze money out of taxpayers who owe extra at filing time. IRS employees spend millions of hours each year trying to collect taxes from individuals who have underpaid–and not always with success. Moreover, a long line of research shows that taxpayers are less motivated to engage in tax evasion when they’re getting a refund.

So how can Congress encourage individuals to overpay? By using carrots (incentives) and sticks (penalties)–or both. Right now, our tax system relies chiefly on sticks for underpayment. It might make sense to add more carrots for overpayment to the mix.

The primary stick used is an interest-based penalty, which currently stands at 6%. In a typical year, taxpayers are potentially subject to that penalty if their withholding and estimated tax payments amount to less than 90% of what they owe. (Though to forgive miscalculations caused by recent tax-law changes, the IRS has waived penalties this year for filers who prepaid at least 80%.)

The threat of that penalty on top of a tax bill is enough to encourage most Americans to overwithhold. But not all income groups overpay equally. In 2017, 83% of households with incomes under $50,000 were owed refunds at tax time, while only 53% of households with incomes over $500,000 had overpaid. And overpayments constitute a much more significant share of household income for poorer families than for richer ones–about 10% for those earning less than $50,000, but below 4% for households earning more than $500,000.

The income that individuals lose in this system is modest, though still meaningful in some cases. With banks now offering savings accounts that yield more than 2% on small deposits, an individual with an average-size refund could be losing out on $50 or more that she would have earned if she had put her money in an interest-bearing account rather than handing it over to the IRS.

Of course, the taxpayer’s loss is the federal government’s gain. Overpayments allow it to retire its debt faster. And if the government paid out interest along with refunds, it would have to raise other taxes to cover the cost. But the IRS’s nonpayment of interest is itself essentially a tax–and one that falls particularly hard on both lower-income households and those that strive to pay their taxes on time.

There is, to be sure, one group of taxpayers who already earn interest on their overpayments: those who file on time but receive their refunds late. If the IRS doesn’t issue your refund within 45 days of April 15, then it owes you interest at a 6% rate too. Strangely, this means that taxpayers benefit when the IRS falls down on the job. Maybe we would all be better off with a system that inspired people to root for their government to function, rather than for it to fail. 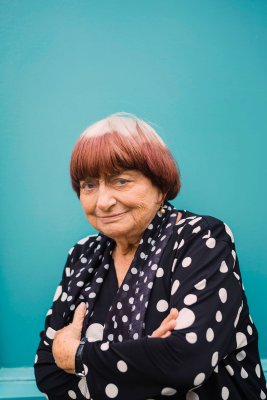 'She Was Always in the Present.' Artist JR on the Films and Friendship of Agnès Varda
Next Up: Editor's Pick