A woman in Jorhat, India, casts her vote on a demo VVPAT vending machine, which allows voters to check that their votes are being cast as intended. The system will be used in the upcoming national election.
Anupam Nath—AP/Shutterstock
By Billy Perrigo

India’s 2019 general-election campaign kicks off on April 11 with the world’s largest exercise in democracy: more than 900 million eligible voters, 1 million polling stations and seven phases spread across five weeks. The drama culminates on May 23, when Indians find out if they’re in for another five years of Prime Minister Narendra Modi’s Hindu nationalist Bharatiya Janata Party (BJP) or whether the opposition Congress Party, which ruled India for decades after independence, has staged a comeback.

Modi came to power in 2014 promising to supercharge India’s economy. But he has struggled with surging unemployment and implemented unpopular measures that hurt small businesses. The BJP was accused in January of suppressing a report showing joblessness at a 45-year high. Lately, Modi has pivoted to a national-security platform, capitalizing on tensions with Pakistan over a suicide attack in Indian-administered Kashmir. Amid tit-for-tat airstrikes, Modi’s approach appealed to desires for national pride and strength.

Modi’s first term also made ideology a consequential battleground: Should India be a secular country, as enshrined in its 1950 constitution, or a Hindu nation, as the BJP believes? In the past few years, nationalist sentiment has fueled a rise in divisive political language as well as violence directed at Muslims, who make up 14% of India’s population. While Congress and an alliance of secularist regional parties hope to reverse those trends, most polls still point to a BJP victory.

More than any before, this election will play out online, with an estimated 39% of Indians owning smartphones. But as 4G coverage has swept India in the years since Modi’s rise, it’s also brought dangers. On April 1, Facebook said it had removed 702 pages, groups and accounts over “coordinated inauthentic behavior” in support of the BJP and Congress, and TIME has found that BJP supporters used WhatsApp chats to spread fake news. India’s democracy may be unique in size, but it’s not immune to the problems others face. 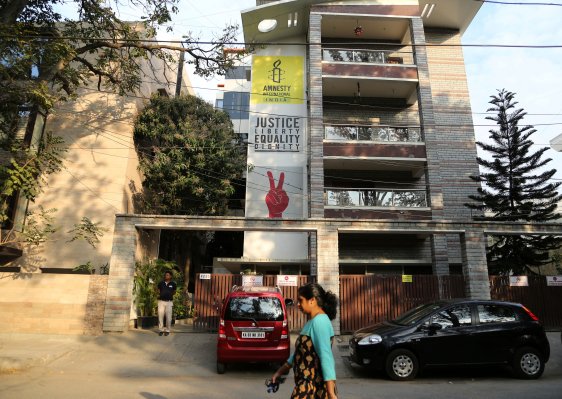