Sorry, Travelers. The Thai Capital Bangkok Has Called off One of Its Biggest Annual Parties

Bangkok’s famed Khaosan Road—which draws huge numbers of tourists during the annual Songkran celebrations—might be a little more subdued this year, with the area canceling the usual festivities to allow for preparations for the King’s coronation, Reuters reports.

Songkran, Thailand’s new year, is celebrated from Apr. 13 to 15 with what is known as the world’s biggest water fight. Traditionally, revelers splash water over each other to confer blessings and symbolize a fresh start, the custom being a welcome respite from the heat during the hottest month of the year.

In the tourist mecca of Khaosan Road, businesses normally provide vats of water and an assortment of water guns and receptacles for the annual celebrations, but with the coronation of King Maha Vajiralongkorn set for next month, the world-famous party has been called off.

“We are located right in the middle of areas involved, so if we organize the usual Songkran festival, it could be chaotic,” Piyabutr Jiwaramonaikun, chairman of the Khaosan Road Business Association, told Reuters.

In preparation for the coronation, authorities have been busy hurrying refurbishments near and along Khaosan Road, including repainting buildings and rebuilding pavements.

“There will be fewer people this year for Songkran, but the coronation is a major event for the Thai people and we all must make sacrifices,” Piyabutr said.

King Maha Vajiralongkorn was set to become Thailand’s new monarch following the death of his father King Bhumibol Adulyadej in 2016. The elaborate three-day coronation will begin on May 4 and is expected to cost about $31.5 million. 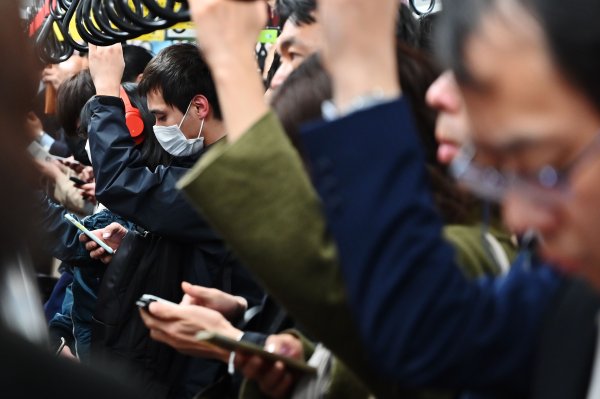 Most People Would Be Delighted With 10 Days Off. Except in Japan
Next Up: Editor's Pick