Kim Jong Un Just Visited His Father's Birthplace. That Could Be a Sign That He's Up to Something

Kim Jong Un has visited his father’s birthplace, something he traditionally does before making big decisions, the Korea Times reported on Thursday.

The North Korean leader traveled to Samjiyon County, in the northern part of the country bordering China, according to the Times. Kim’s father, Kim Jong Il, is said to have been born in the county, which is near Mount Paektu, the highest point on the Korean Peninsula.

His visit in November 2013 came about a month before the execution of his uncle and apparent political rival Jang Song Thaek. He paid another visit in late 2014, just a few months before announcing his intention to hold a summit with South Korea.

He also visited after his first summit with U.S. President Donald Trump in Singapore, and before his third summit with South Korean President Moon Jae-in, says the Times.

Kim has pushed for development of Samjiyon County, and he made his latest visit under the guise of an inspection “to learn about how the construction is now underway,” the north’s Korean Central News Agency reportedly said.

The latest trip comes before the pariah state holds the first session of its Supreme People’s Assembly on Apr. 11, where Kim is expected to announce his domestic and foreign policy plans and appoint several new officials.

Kim said in mid-March that he was considering ending nuclear talks with the U.S. and resuming nuclear and missile testing. The remarks came just a few weeks after Trump and Kim’s second second summit in Hanoi ended abruptly without an agreement. 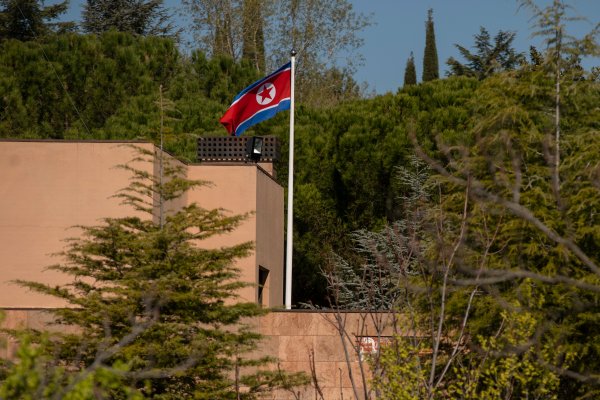 What to Know About the North Korean Embassy Raid
Next Up: Editor's Pick