'Are You Team Black Car or Silver Car?' People Can't Look Away From This Epic Standoff Between Two Drivers

Sometimes you just cannot give up that prime parking spot. It becomes a matter of principle. That was certainly the case for two drivers engaged in an hour-plus-long standoff over a Los Angeles street parking spot, all documented by an onlooker from her apartment window across the street.

In an epic Twitter thread shared on Monday night, Twitter user @Mrhflrs carefully and hilariously kept her audience updated with the lengthy battle between what she dubbed “Black Car” and “Silver Car” as they engaged in an ongoing impasse over the Koreatown parking spot. “This car is blocking this other car from grabbing this prime spot,” she started things off. At that point, it was still light out. Twenty minutes later, things were still heated. There were flashing lights. There were horns. There was no solution.

“Passerby [sic] are forced to go head to head with oncoming traffic,” she explained. “Very dangerous situation.” She continued: “If this were some type of sport I’d imagine we’re nearing halftime… also a parking spot had opened up across the street but seems like this is more about the principle.” Over an hour later, the other car not involved in the tête-à-tête pulled away, allowing Black Car to slide into the spot while Silver Car remained stationary and seeming to resolve the stalemate. But even though they were both now parked, neither exited their vehicle, as @Mrhflrs pointed out. She even took the time to write notes and stick them on the windshield of each car, seeking further comment.

That comment has not yet come in — but the internet is still fully engrossed with the standoff, taking sides with Black Car or Silver Car. Even Twitter queen Chrissy Teigen retweeted the thread and got involved — she was Team Black Car, supporting its parallel parking attempt — helping it along to viral status.

Moral of this story: seems like L.A. needs better parking. 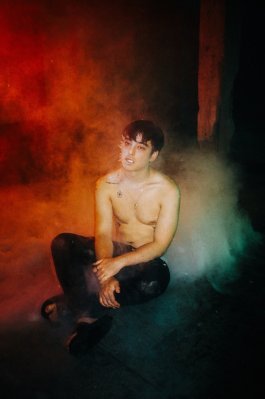