Hong Kong has put forward a controversial extradition bill that would allow the transfer of fugitives to China to stand trial, stoking fears that the city’s freedoms and legal protections could be compromised by Beijing.

The proposal was presented to the legislative council Wednesday and the new law is expected to be passed later this year, Reuters reports.

Critics fear that the extradition agreement could be used by Beijing as a pretext to target political activists and journalists in the semi-autonomous enclave.

The financial hub, which came under Chinese sovereignty in a 1997 handover, continues to operate a separate, British-style legal system from the mainland.

Currently, there is no extradition agreement with China, where the conviction rate is 98% or higher. The proposal would also add Macau and Taiwan to the agreement.

On Sunday, thousands of people took to the streets in Hong Kong to demonstrate against the proposed amendment.

But Chief Executive Carrie Lam defended the proposal and refused to make changes before submitting it to parliament.

Politicians pushing the amendment say it was prompted by a murder case in February 2018 that saw Taiwanese authorities unable to prosecute a man accused of killing his girlfriend before fleeing to Hong Kong. The extradition law, the supporters say, will close a legal loophole.

But a statement from the Hong Kong Bar Association challenged that justification, writing that it is “not necessary to ‘over-liberalize’ the law” and to include Mainland China in the proposition for change.

The association condemned the bill on the basis that it would have “significant and wide-ranging effects” and would “potentially undermine the reputation of Hong Kong as a free and safe city governed by the rule of law.” The Bar also raised concerns over the lack of fair trial and access to lawyers as continuing human rights concerns in China.

Arbitrary detention, forced confessions, torture and closed criminal trials are all routine in mainland China, according to rights groups.

But Beijing is clearly eager for the law to pass. Chen Zhimin, a former deputy minister of public security, said Mainland authorities have already compiled a list of more than 300 fugitives who are in Hong Kong, Reuters reports. 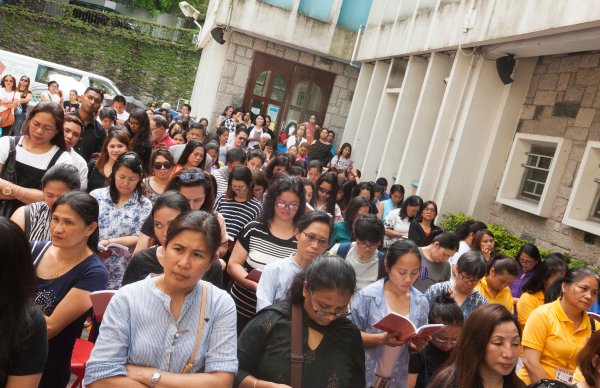 Here's How Much Domestic Workers Add to Hong Kong's Economy
Next Up: Editor's Pick