Apple announced Friday it has discontinued its AirPower wireless charging mat after missing its self-imposed deadline by several months.

The news comes two years after Apple first unveiled AirPower, which it advertised as capable of charging an iPhone, Apple Watch and AirPods simultaneously. And just a few days ago Apple released its second-generation AirPods, which support wireless charging and include language about the AirPower on their box.

“After much effort, we’ve concluded AirPower will not achieve our high standards and we have cancelled the project,” said Dan Riccio, Apple’s senior vice president of hardware engineering, in an emailed statement. “We apologize to those customers who were looking forward to this launch. We continue to believe that the future is wireless and are committed to push the wireless experience forward.”

Apple revealed AirPower in 2017 during the same event at which it announced the iPhone X and iPhone 8. The company originally promised to deliver AirPower by the end of 2018.

Apple’s statement leaves some wiggle room for the company to unveil a different wireless charging mat, perhaps one that charges fewer devices simultaneously. But Apple could also leave it to third-party accessory makers to design charging mats; several models are already available from companies like Belkin, Logitech and Mophie. 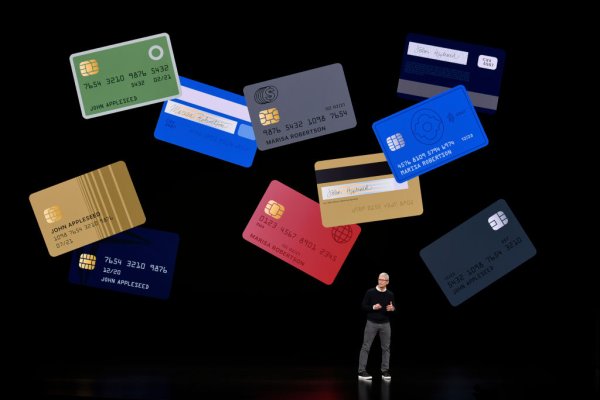 The 'Apple Card' Is Apple's New Credit Card. Is It Right for You?
Next Up: Editor's Pick